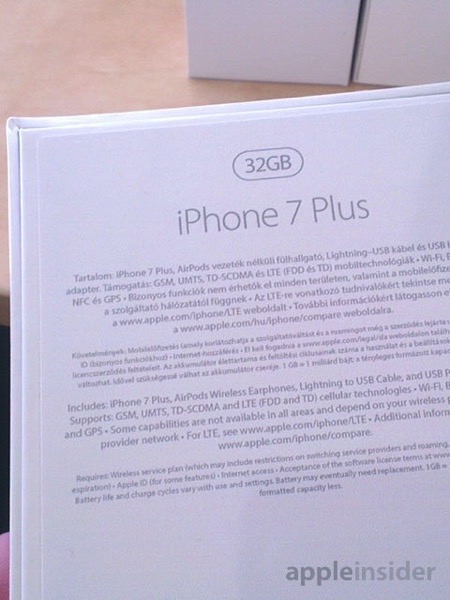 With less than a week before Apple officially announces its next flagship iPhone on September 7, a set of leaked photos purportedly showing the ‘iPhone 7 Plus’ packaging suggests that the widely rumoured wireless earbuds from Apple dubbed ‘AirPods’ might actually come bundled with the new iPhones. The alleged photos of ‘iPhone 7 Plus’ box were sent by an anonymous source to AppleInsider, so their authenticity remains questionable. 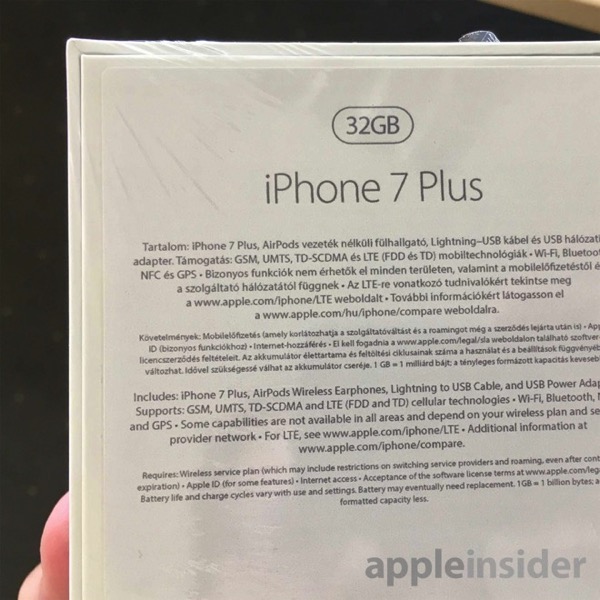 As you can see, the box shows details for a 32-gigabyte iPhone 7 Plus and features one key difference from earlier leaks. Under a description of what’s inside the box, the packaging claims the purchase is bundled with new “AirPods Wireless Earphones”, as opposed to earlier leaks, which showed their units including new EarPods with Lightning Connector.

“But the latest image for a 32-gigabyte “iPhone 7 Plus” with “AirPods” makes no mention of a 3.5-millimeter headphone adapter being bundled. Such images, which include just plain text on white paper, are easily faked. But if legitimate, the images could indicate that Apple plans to expand its iPhone lineup this year to include different configurations with and without new wireless headphones”.

It must be noted that earlier leaks of purported ‘iPhone 7’ packaging have also shown a Lightning to Headphone Jack Adapter being included in the box.