YouTubers are having a field day with iPhone 7 torture tests. Channel EverythingApplePro, first put the iPhone 7’s IP67 water resistance rating to the test. IP67 means the iPhone should theoretically be able to withstand being submerged in one metre of water for 30 minutes.

Samsung’s Galaxy S7 has a water resistance rating of IP68, which means it should survive under 1.5 metres for 30 minutes.

The first test puts both devices under 1.5 metres of water and the iPhone 7 survived beyond 30 minutes—with EverythingApplePro concluding it’s more water resistant than Apple advertises.

A later test has the channel diving multiple times into a river in Washington State with iPhone 7, even swimming with the device. It survived all his water tests showing no signs of damage. The iPhone 7 just won’t die, he explains:

Today, EverythingApplePro shared another video, this time submerging the iPhone 7 and Galaxy S7 underwater into the same river, at depths of 5, 10, 15, 20 and 30 feet, for 5 minutes at a time, inside a pail contraption.

Both devices survived no problem, and his final depth test was 35 feet (10.67 metres, eh!) for five more minutes. 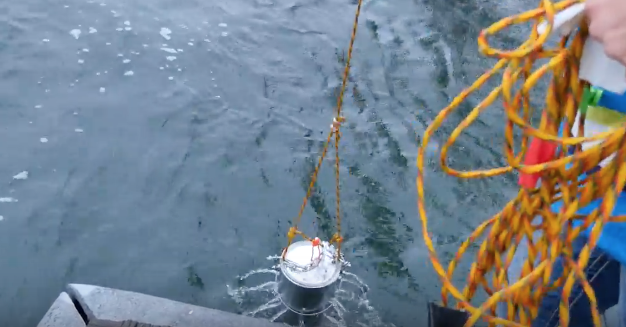 Upon checking the devices, the Galaxy S7 had turned off, while the iPhone 7 remained fully functioning. After drying both devices off, the iPhone 7 only had some minor water showing at the bottom of the display, but otherwise worked like normal, aside from the Home button getting more sensitive.

As for the Galaxy S7, EverythingApplePro said the phone was acting up, with its flash going off at random and battery getting “scalding hot”, making him fear it could explode like a Samsung Note 7.

While these tests are by no means scientific, they do suggest the waterproofing capabilities of the iPhone 7 remains understated. Check out the video below:

If you want to see yet another sign of the iPhone 7’s underwater ability, check out this video TechRax filmed of the device surviving being dunked into boiling water:

Who’s going to shower or take a bath and make phone with their iPhone 7? Looks like you might be okay.