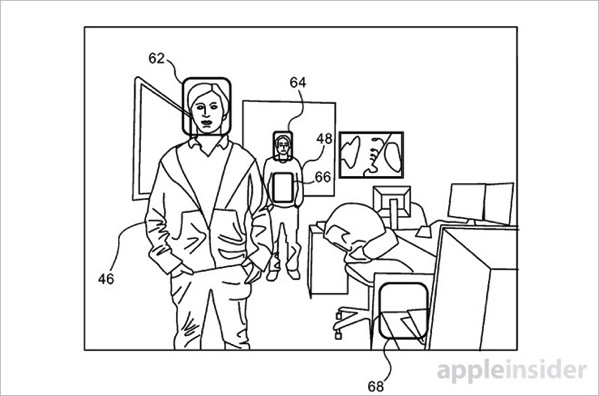 The U.S. Patent and Trademark Office (USPTO) has awarded a new patent to Apple titled “Enhanced face detection using depth information”, which details computer vision technology that applies specialized hardware and software for object recognition, specifically the human face (via AppleInsider). The patent also adds fuel to rumours that Apple will replace Touch ID with a biometric facial scanner on its next ‘iPhone 8’.

The invention is part of a patent stash acquired by Apple through its 2013 purchase of Israeli motion capture specialist PrimeSense. A steady stream of PrimeSense IP has been trickling through the USPTO in the intervening years, including patents for 3D mapping, a 3D virtual keyboard and more.

As noted in today’s published document, face detection algorithms can be defined as software capable of scanning a digital image and extrapolating whether a portion, or “window,” contains a face. Applied to a dynamic scene, or in some cases live video, the operation becomes increasingly complex as faces can appear at different locations and at different depths.

Apple notes that to adequately monitor a given scene, a conventional system simultaneously samples multiple candidate windows of different sizes, which not only requires more computing power, but might also result in an increased false detection rate. To cut down on processing overhead and potential false readings, Apple proposes applying depth information to existing face detection algorithms. 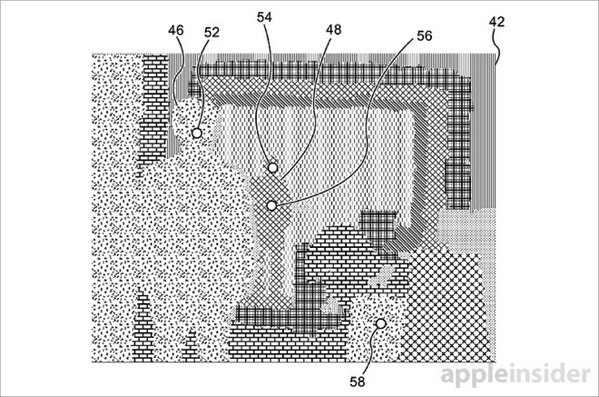 The filing further adds that a specialized infrared light emission system projects a pattern of optical radiation onto a scene. The patterned light is captured, processed and converted into a corresponding depth map. From the perspective of a device, a human face becomes larger or smaller depending on its relative location to an onboard camera’s objective lens.

The depth mapping system referenced in today’s patent is based on infrared motion tracking technology developed by PrimeSense, similar versions of which are already being used with hardware like Microsoft’s Xbox Kinect sensor.