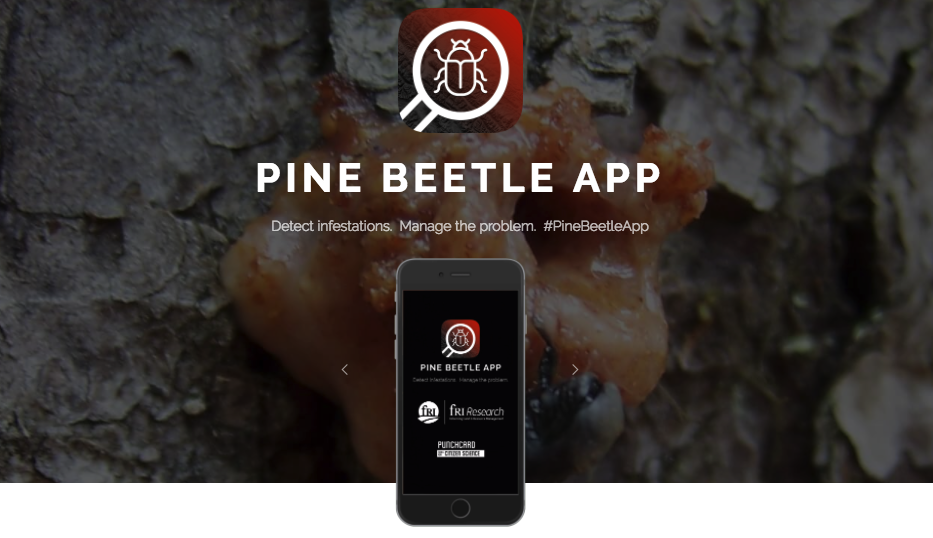 The mountain pine beetle (MPB) is spreading the east and is threatening a vast amount of Canada’s forests. Knowing where the mass infestations are is key to fighting the problem.

Fortunately, there is an app for that! The Pine Beetle App was developed by  Foothills Research Institute as a quick and simple way for users to report the presence of mountain pine beetles.

The app collects a photo showing the infected tree and its pitch tubes (the tree’s response to a burrowing beetle and usually resembles gooey sap coming out of the tree). The data is sent back to the researchers for analysis. After this analysis step,the results will be used to inform management of where to take action and will support future research in this area.

“We kept it as simple as possible, just collecting the bare minimum to monitor where the infestation is and how severe it is. Everybody has a smartphone these days and there are tons of people who get out there and enjoy the outdoors and can get involved with the data collection and really make a difference.”

The most important part is for the researchers to know where you spotted the infestation. This means that the app uses a constant GPS connection when it’s open or if it’s running in the background, so be warned that the app could dramatically decrease the battery life of your device.

The Pine Beetle App is available as a free download from the App Store. The app requires any device running iOS 8.0 or later.