In an article published by The Washington Post, it has been highlighted that even though Apple continues to promote user privacy with the rhetoric “What happens on your iPhone stays on your iPhone,” thousands and thousands of App Store apps continue to pass sensitive user data to ad companies, trackers, and research firms. 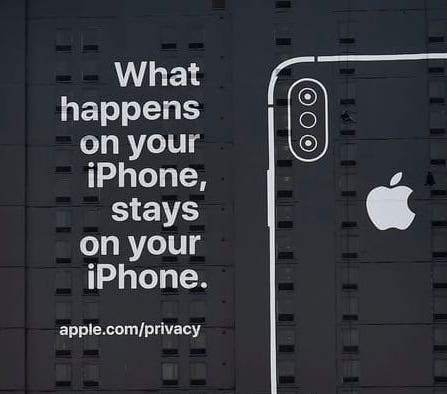 A privacy experiment by the publication identified over 5,400 iOS app trackers over a single week that were passing information to third parties. “One app, the crime-alert service Citizen, shared personally identifiable information in violation of its published privacy policy,” writes the author.

According to privacy firm Disconnect, those unwanted trackers would have passed on 1.5GB of data over the span of a month. “This is your data. Why should it even leave your phone?” says Patrick Jackson, a former National Security Agency researcher who is chief technology officer for Disconnect:

App trackers are like the cookies on websites that slow load times, waste battery life and cause creepy ads to follow you around the Internet. Except in apps, there’s little notice trackers are lurking and you can’t choose a different browser to block them.

Why do trackers activate in the middle of the night? Some app makers have them call home at times the phone is plugged in, or think they won’t interfere with other functions. These late-night encounters happen on the iPhone if you have allowed “background app refresh,” which is Apple’s default.

Although Apple is strict about requiring apps to get permission to access certain parts of the iPhone, including the camera, microphone, location, or health information, it turns more of a blind eye to what apps do with data we provide them or they generate about us.