Why iPhone is the Best Mobile Platform for Microsoft Apps

In an interesting new article, Paul Thurrott has highlighted how iPhone is arguably the best mobile platform for Microsoft apps, offering tons of good reasons for Microsoft fans to choose the iPhone over Android, and even over the Windows Phone. He notes that not only do Microsoft mobile apps appear on iPhone before they do so elsewhere, certain Microsoft mobile apps are actually only available on the iPhone, at least for now. 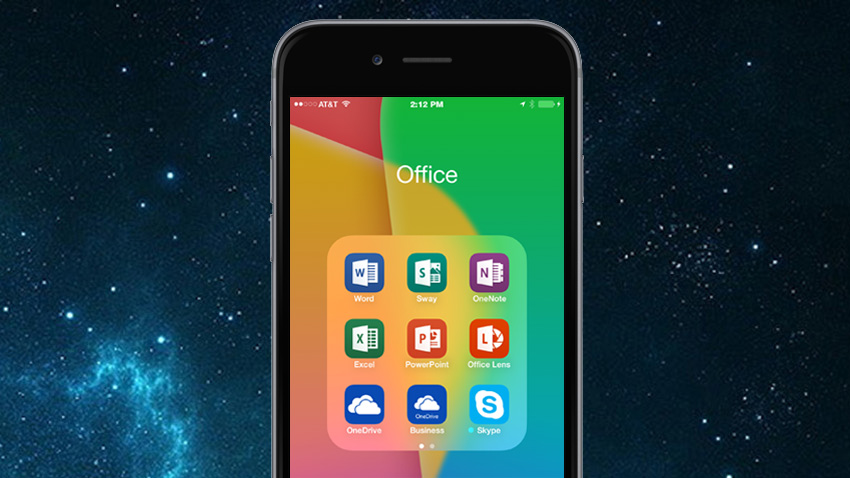 In many cases, we see finished Microsoft apps appear on iPhone, whereas Android receives a rougher preview release instead. “In many ways, iPhone, or iOS more generally, is the place to be if you’re interested in Microsoft’s mobile solutions”, Thurrott writes. He has also shared his experience with all the Microsoft apps he has installed on his own iPhone 6 Plus. “Word, Excel and PowerPoint. Microsoft’s Office apps for iPhone are full-featured and it will be several months before we see anything like this on Windows Phone”, he says. Similarly, Skype, Microsoft’s hugely popular audio/video chat solution, is often updated on iOS before it is on Windows, notes the author.

Here are some tidbits from other Microsoft mobile apps on iOS he has talked about:

OneNote. In many ways the original Office app on iOS, OneNote has only gotten better and better over time, and it works seamlessly with notebooks on OneDrive (consumer), SharePoint or Office 365 for business.

Office Sway. Only available in mobile app form on iPhone—elsewhere, including Windows, you need to use the web—Sway is a new way to tell stories online. Assuming you have an iPhone.

MSN News, Money, Health & Fitness, Sports, Food & Drink. MSN’s amazing content apps—well, except for Weather, which is still MIA—are available in full-featured form on iPhone. They used to be a key differentiator for Windows Phone.

Xbox 360 SmartGlass and Xbox One SmartGlass. These great companion apps for Microsoft’s consoles let you remote control your Xbox, including media playback and the web, and access second screen experiences.

You can read the full article at this link.