Mobile advertising and marketing firm Velti has released its February summary of global exchange data from its network, suggesting that iOS and iPhone continue to dominate among mobile advertisers, despite the rise of Samsung’s Galaxy lineup (via TechCrunch). The study shows that 8 of 10 devices on Velti’s global ad exchange were iOS-based, including the iPhone 5, iPhone 4S and iPhone 4. 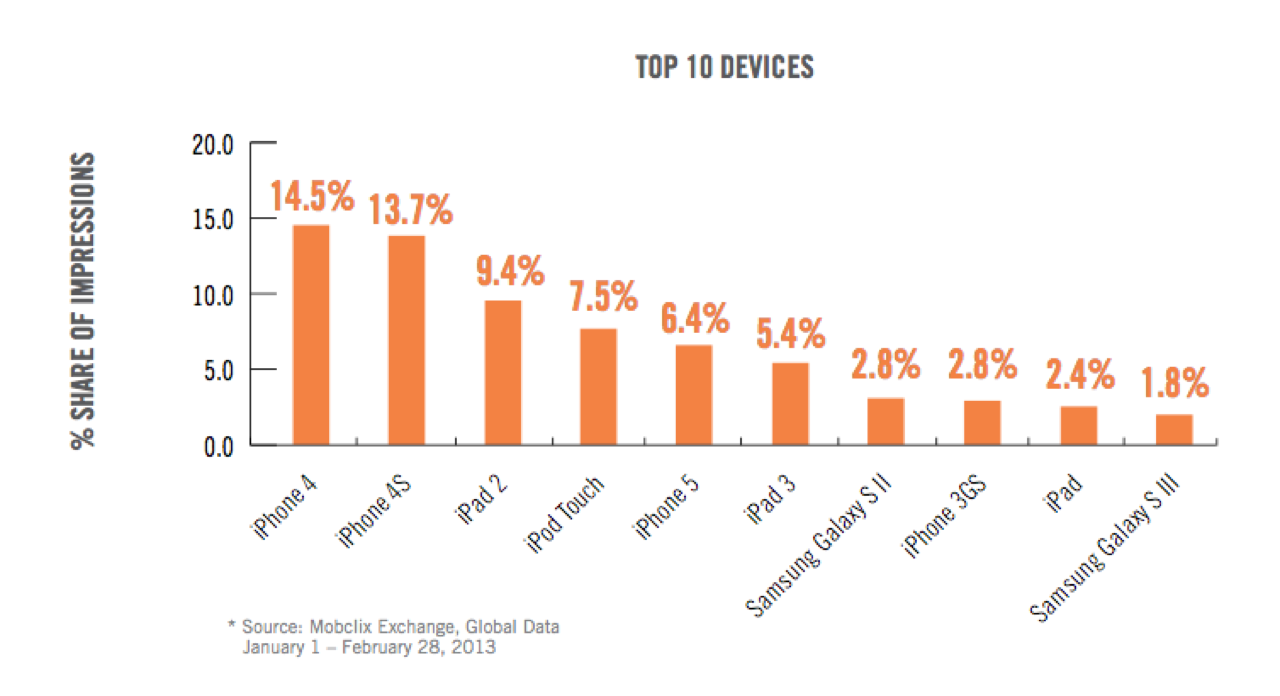 While Samsung managed to take two of the top 10 spots, its devices were placed quite low on the list with the Galaxy SII and Galaxy SIII at 7 and 10 respectively (shown above).

“The Galaxy SII is the only one to crack the top five in any region, coming in fifth overall in Europe, and while in general older phones ruled (there’s generally bound to more of them active out there), the iPhone managed to already crack the top 3 in Asia. That’s good news for Apple, which is focusing more attention on that region with recent launches”.

iPhone and iPod devices ruled overall with a 38.1% share of Velti ad impressions, with the various iPad models making up 17.2%. By comparison, all Galaxy devices together only managed less than 5% of ad traffic in February.

“Taking tablets on their own, there isn’t even remotely any competition for iOS. Android tablets as a whole account for only 0.7 percent, according to Velti, with the iPad making up 97.5 percent, with its share mostly shifting from standard iPads to iPad minis between January and February of 2013”.

The source notes that Samsung’s Galaxy S4 will be watched for a number of reasons, but it may be most interesting to see if it can help sway the trend among mobile advertisers. 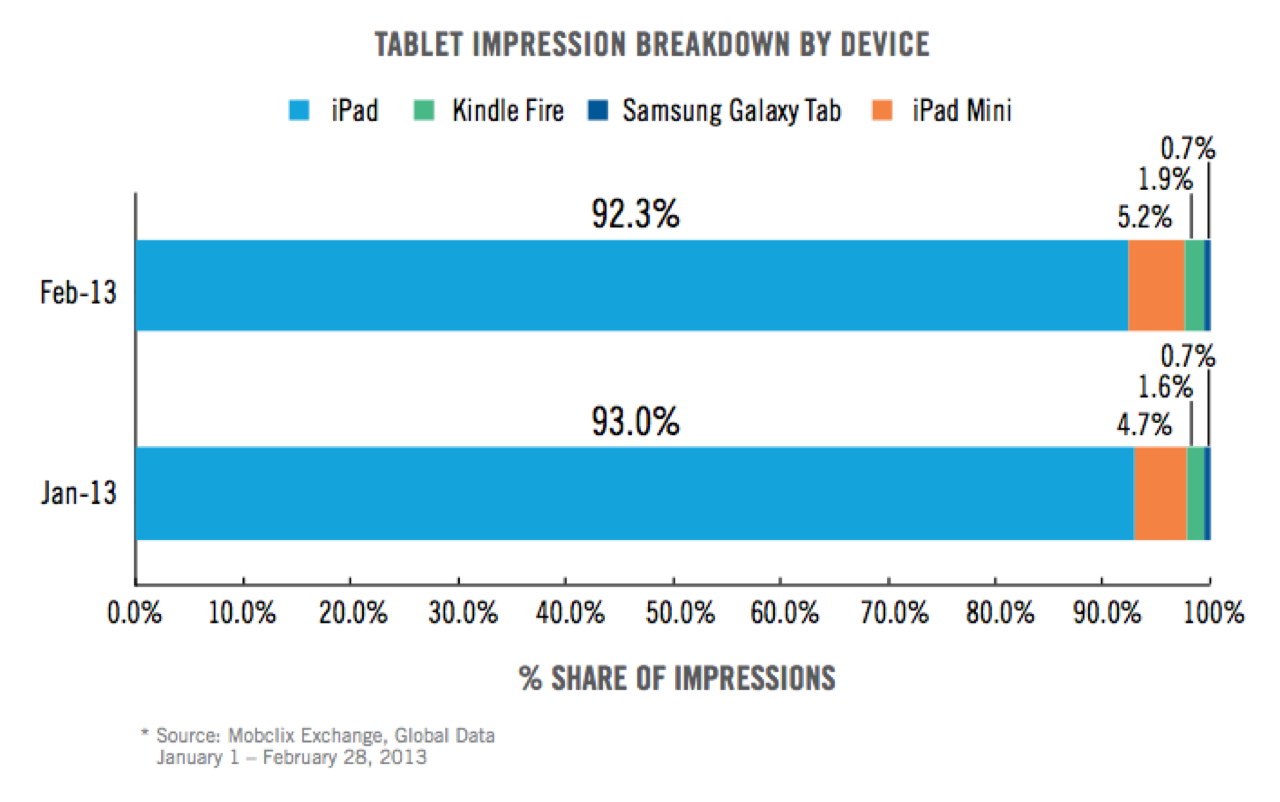