When it comes to the types of tasks one is looking to do, owners of the iPhone and the Galaxy S III really aren’t that different from one another, according to a new report from Consumer Intelligence Research Partners (via AllThingsD). Even though both companies spend a lot of money on advertising aimed at convincing their customers that they are “different from the people that buy those other phones,” the study seems to suggest otherwise. 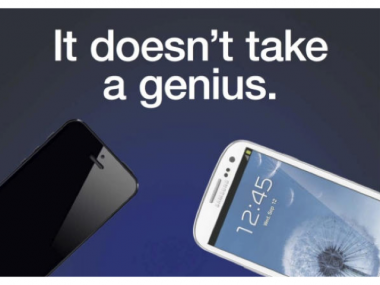 The report titled “Hate all you want, you’re all just the same” claims that use for calling, texting, email, and Internet access was the same for both phones. However, iPhone owners use their phones somewhat more frequently for gaming and photography. Interestingly, the one thing both iPhone and Galaxy S III owners aren’t doing much is making phone calls. Both device owners use their phones more to access the Web and send text messages than they do for phone calls.

When one looks a little deeper, there are demographic and other differences.

Galaxy S III buyers are most likely to have owned an Android phone in the past, with three-fifths of those surveyed having owned a prior Android, compared to just 9 percent that switched to the Galaxy S III from an iPhone.

Still, diehard fans of Apple or Samsung are likely to argue their device does those same tasks “oh-so-much-better”.