From the makers of Tasty Planet comes the developer’s newest creation, Laser Dolphin! The game is a mix of hyper gameplay with bizarre enemies and the hero dolphin with a laser beam strapped to his head (insert Austin Powers joke here)!

The Prime Minister has been abducted by aliens and there is only one mammal who can save him: Laser Dolphin.

The game features four planets and 50 underwater levels. Each level and planet features varying types of enemies such as Missile Fish, Robo Birds, TNT Turtles (as in dynamite), Electric Eels, and Robo Sharks.

To assist the player, levels also feature various powerups such as torpedoes, gold dolphins, machine guns, and a powerful laser sword. However, Laser Dolphin is not just a shooter.

Along with the story mode, the game also features 10 stunt levels and 10 race levels. Both modes are a blast, especially with the Game Center support, enabling players to compete again the clock and for the best dolphin tricks. 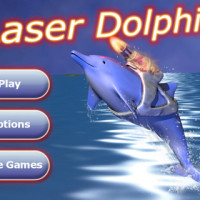 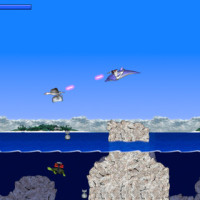 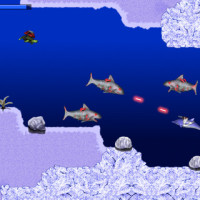 Laser Dophin is available in the App Store for $0.99.

Apple is urging suppliers to make sure that all shipments from Taiwan to China follow Chinese customs regulations to avoid processing delays at the border — reports Nikkei Asia. As political tensions between China and Taiwan continue to rise, the former has started strictly enforcing a long-standing rule that requires Taiwan-made imports to be labelled...
Nehal Malik
15 hours ago

Amazon announced on Friday it has entered into a merger agreement to acquire robot vacuum maker, iRobot, in a $1.7 billion all-cash deal. “We know that saving time matters, and chores take precious time that can be better spent doing something that customers love,” said Dave Limp, SVP of Amazon Devices, in a statement. “Over...
Gary Ng
16 hours ago