Earlier we saw Sonny Dickson post videos comparing prototype interfaces of original iPhone prototypes, nicknamed P1 and P2. Now, Dickson has shared another video, but this time showing details of the prototype hardware, with a closer look at the back, top, bottoms and sides. 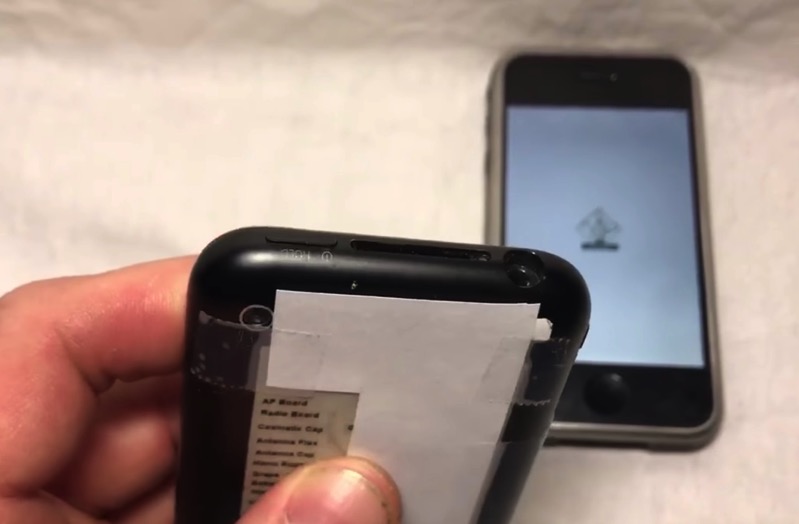 The hardware housing these iPhone prototypes resemble iPods. Guess this was helpful in disguising the device from public eye.

Interestingly enough, the previous video Dickson leaked detailing software interfaces of P1 and P2, may not actually be the complete story. Bob Burrough, former Software Development Manager at Apple from March 2017 to April 2014, commented on Dickson’s video to note the unit on the right was a “fake UI” created to show test engineers, carriers, etc. The actual iPhone OS interface was limited only to select employees authorized by Steve Jobs to view it:

You got it. I took ownership of the software as it existed in March ’07, and owned it until it was essentially end-of-lifed several years later.  The funny thing is, the software is nothing to brag about, and that’s why it was created.  The real look and feel of (what at the time was called) iPhone OS was so secret that only an exclusive, select few people — who had to be personally approved by Steve Jobs — could see it.  What you see in the video is a fake UI that everyone else — hundreds of test engineers, carriers, etc — got to see.

Again, check out the former video below again, and note the test software on the right: