Lack of Headphone Jack a Non-Issue for US iPhone 7 Buyers: Kantar

In the battle for market share, the three months ending October 2016 were successful for Apple, according to Kantar Worldpanel’s latest report. The iPhone 7 release has pushed the company US market share up by 7% to 40.5% from the 33.5% recorded a year ago. 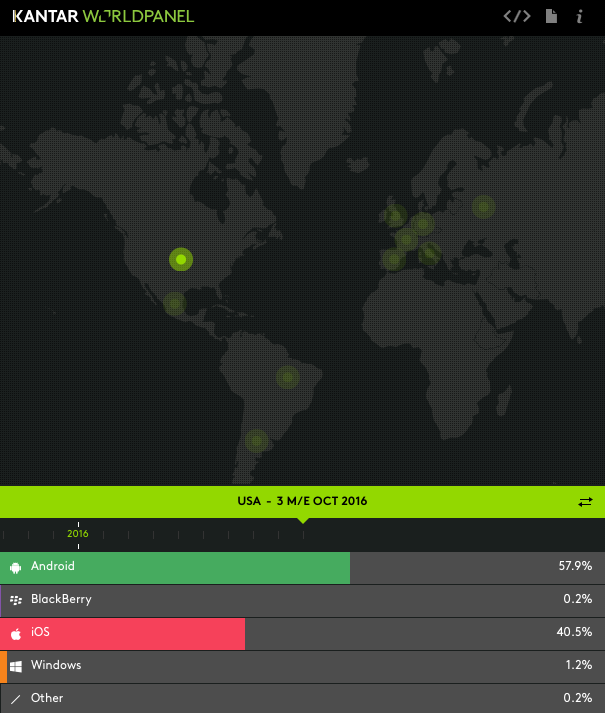 Apple, however, had a “little” help from Samsung: The disastrous Note 7 was launched by the South Korean smartphone manufacturer ahead of the iPhone 7. You may recall that the Note 7 made headlines due to its faulty battery and prompted Samsung to initiate a worldwide recall of the high-end handset.

As expected, the faulty Note 7 benefited Apple’s iPhone 7, which, as a result, was well received in the US despite the lack of a headphone jack.

“The lack of the headphone jack has proved to be a non-issue for US iPhone consumers, as iPhone 7 was the top selling device in the three months ending October 2016, achieving 10.6% of smartphone sales, despite not being available for the full three-month period,” said Lauren Guenveur, Consumer Insight Director for Kantar Worldpanel ComTech.

But it wasn’t only the US: The iPhone 7 was also well received in China. It was the second-best-selling handset in Urban China, capturing close to 4% of overall smartphone sales, hence entering the top 10 most popular smartphones list with 1.9%, according to Tamsin Timpson, Strategic Insight Director at Kantar Worldpanel ComTech Asia.

iOS’ market share in China is 17.5%, thanks to the positive customer reaction to the iPhone 7. Apple is now ahead of the popular Xiaomi, which accounts for only 15.9% of the Chinese smartphone market.

Google’s Android remains the uncrowned king of mobile operating systems, though, with a global share of 75%.