A Steve Jobs email spotted by the folks over at The Verge has confirmed that Apple was indeed working on an ‘iPhone nano,’ a device that would have been smaller and cheaper than the top-of-the-line model. 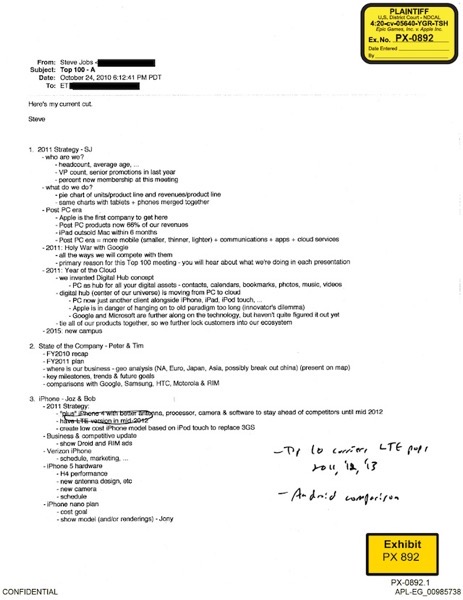 Uncovered while collecting some of the best emails from the Epic v. Apple lawsuit, the source found Jobs’ October 2010 email with an agenda for a strategy meeting that had a bullet for an “iPhone nano plan.”

The agenda also had a sub-bullet for the iPhone nano’s “cost goal,” and another sub-bullet indicating that “Jony,” presumably Apple’s former design chief Jony Ive, would “show model or renderings. Sadly though, the email does not reveal any further information about the device.

A “2011 Strategy” bullet earlier in the agenda has a sub-bullet that says “create low cost iPhone model based on iPod touch to replace 3GS,” but it’s unclear if that is referring to the iPhone nano or a different device entirely.

While Apple doesn’t use the “nano” branding for any of its physically smaller products right now, Apple had just released its sixth iteration of the hugely popular iPod nano when Jobs sent this email, so the branding still carried some power at that time.

Apple has moved on from the nano branding, eventually discontinuing the iPod nano in 2017, and opted instead for “Mini” for the currently available iPhone 12 Mini and the HomePod Mini.