Amazon’s own lined of branded products, AmazonBasics, has launched a smartphone repair kit, which will work for iPhone owners looking to follow DIY guides, such as those from iFixit.

The kit works not just on smartphones, but any other small device such as game systems, wristwatches and more. Here’s what’s included inside the zippered carrying case: 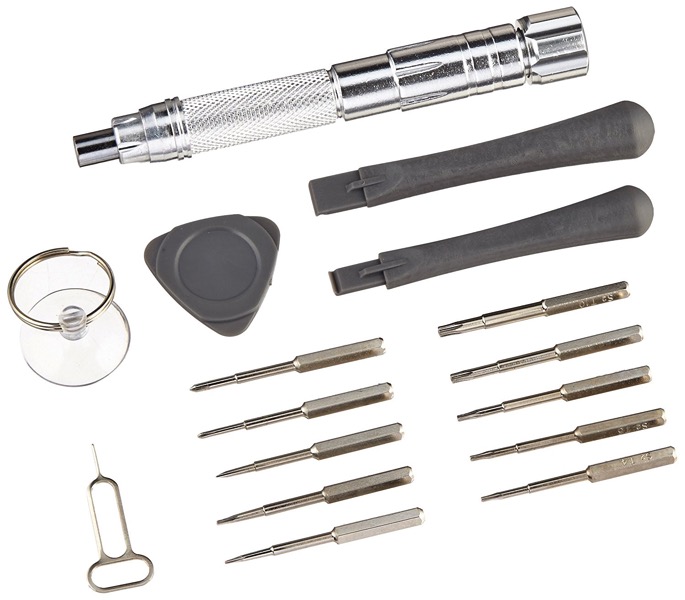 Click here to buy the AmazonBasics Smartphone Repair Kit on Amazon.ca. The kit comes with a full 1-year warranty.