Apple will today report is fourth fiscal quarter earnings after the market closes, so all eyes are on the company. As usual, analysts will take their best shot at predicting the sales numbers for iPhones, iPad and Macs, and Fortune’s Philip Elmer-DeWitt compared the forecast of amateur and professional analysts.

For the same period last year, Apple reported the sale of 39.27 million iPhones, and with the popularity of the iPhone 6 and 6 Plus, analysts have set the bar much higher for this year.

As a result, amateur analyst predictions averaged 49.39 million units, professionals’ 48.56 million units and the average, according to the Fortune’s chart being 48.89 million. 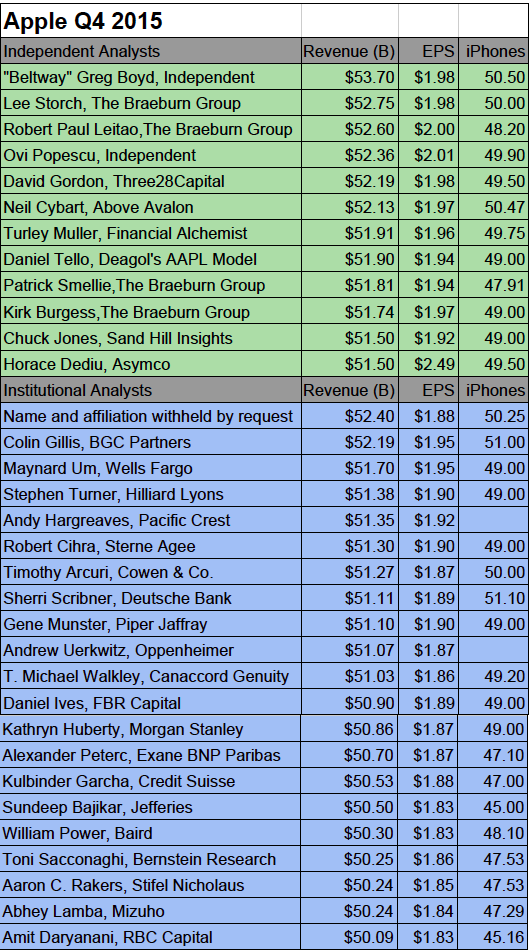