iFixit today shared a new report detailing which parts from the new iPhone SE can be replaced with those from the iPhone 8. 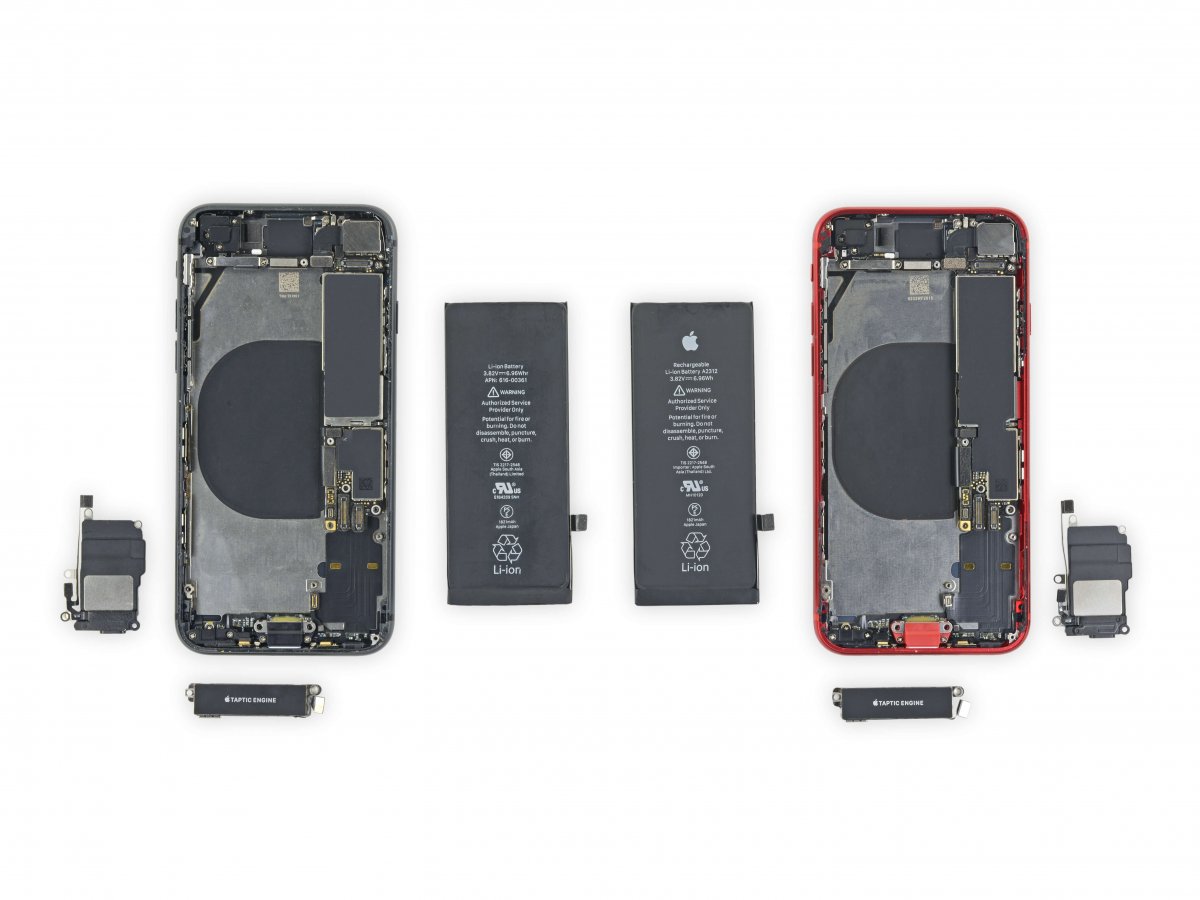 iFixit notes that the wide variety of replaceable parts should make the iPhone cheaper to replace compared to any recent models.

“The good parts first: iPhone SE’s cameras, SIM tray, Taptic Engine, and display assembly (including the microphone and proximity sensor) are all swappable with iPhone 8 parts,” reads the report. “And that screen should be cheaper to replace than any new iPhone we’ve seen in years.”

Not every part is replaceable with iPhone 8 parts, however, explains iFixit.

“Also incompatible? The battery,” explains the report. “Turns out, although the battery looks identical, the battery’s logic board connector differs from the one in the 8, so they don’t fit together. The SE will connect to an iPhone 11 battery, which uses the same connector—but it won’t turn on. And, sadly, this seemingly throwback phone has some very modern Apple roadblocks inside. You can’t even swap one genuine iPhone SE 2020 battery for another without triggering a ‘not a genuine Apple battery’ service warning.”

Considering how most iPhones have zero backward compatibility with earlier models, the small bit of leeway you do get with the iPhone SE is welcome as it makes obtaining replacement parts easier and more affordable.

“The two most commonly replaced components, display and battery, remain straightforward to access with the proper knowledge and tools,” concludes iFixit. “Most components are modular and independently replaceable, including many that are cross-compatible with iPhone 8.”

iFixit gives the iPhone SE a final fixability score of 6 out of ten, fairly high for a brand new iPhone and high for an Apple product, in general. Check out the entire teardown — which is still being updated — here.

[caption id="attachment_389886" align="aligncenter" width="1200"] Image: LCG Auctions[/caption] A rare, factory-sealed original iPhone from 2007 in mint condition is up for bidding at New Orleans-based LCG Auctions' 2023 Winter Premier Auction, which will run through February 19 at LCGAuctions.com. According to LCG Auctions, the item could ultimately fetch more than $50,000 USD. The same auction house...
Nehal Malik
38 mins ago