Apple’s True Tone display is, at the moment, available exclusively in the 9.7-inch iPad Pro, but according to the claims of an analyst, it looks like the iPhone 8, iPhone 7s, and iPhone 7s Plus are going to ship with the same display technology. 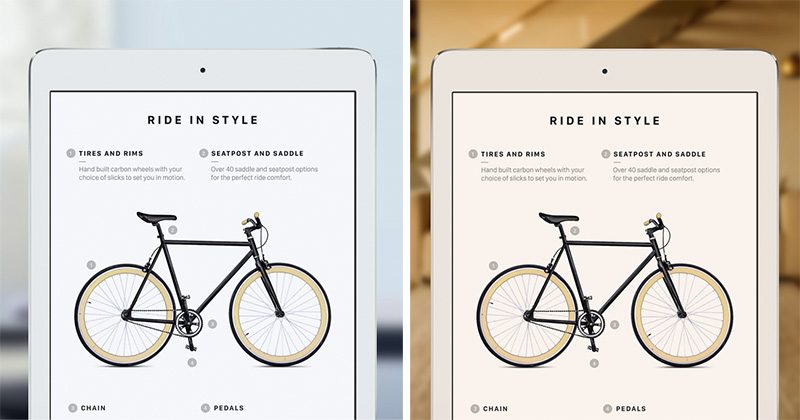 According to investment bank Barclays, and reported by MacRumors, Apple will include the new display technology in all three iPhones slated to release in 2017.

“Barclays said the tentatively named iPhone 7s, iPhone 7s Plus, and iPhone 8 with an OLED display will each include a ‘full spectral sensing’ ambient light sensor for the purpose of a ‘True Color’ screen,” reads the report. “The sensors are expected to be supplied by Austrian semiconductor manufacturer AMS.”

The True Tone display was first announced alongside the 9.7-inch iPad Pro last year, but it never made its way into other devices, including the bigger 12.9-inch iPad Pro or iPhone 7.

Working somewhat like the Night Shift feature found on all iOS devices and now even the Mac, True Tone automatically adapts the screen color to better match the lighting situation.

Using a four-channel ambient light sensor, it will allow the screen to look more natural and comfortable. For example, if the sensor detects fluorescent lightning, the screen will be more warm and offer a yellow hue. But if used outside in natural, the screen will have more of a distinctive blue color.