A 510-hour marathon test run by a South Korean website Cetizen to find out how long it takes to burn in an image on a modern OLED smartphone has revealed that the iPhone X is much more resistant to burn-in than its OLED rivals like the Samsung Galaxy Note 8 and the Galaxy S7 Edge (via CultofMac). 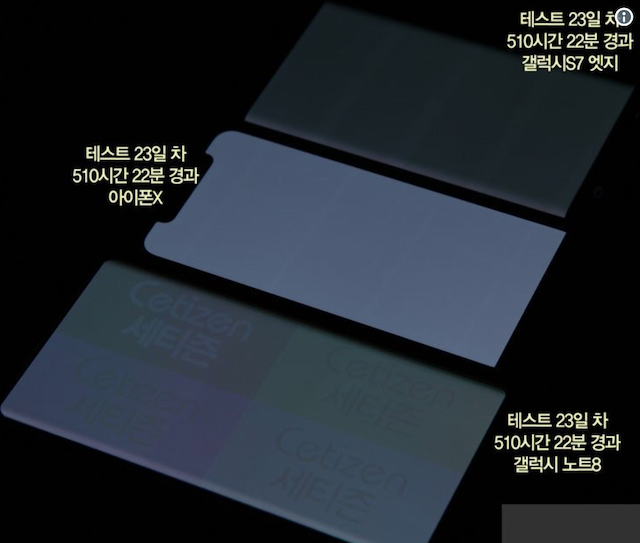 For those who aren’t aware, screen burn-in is what happens when images or text become permanently “burned” into a display panel. And while OLED displays are great in many ways, they are notably vulnerable to burn-in.

The test involved displaying the same image on an iPhone X, a Samsung Galaxy S7 edge, and a Samsung Galaxy Note 8 at full brightness for 510 hours. The devices were then checked at regular intervals to see which suffered burn-in first. After 155 hours, the Galaxy S7 edge suffered some minor scarring, while burn-in was much more prominent on the Galaxy Note 8 after the same period.

On the iPhone X, it took 510 hours to achieve a screen burn-in, which is pretty much impossible for the device to suffer during normal use.