It’s already December 1st outside of Pacific Standard Time across Canada, and with that marks the unofficial start of the holiday season. On Apple.ca, this has brought forth improved shipping times for iPhone X, which is now ships in five business days. 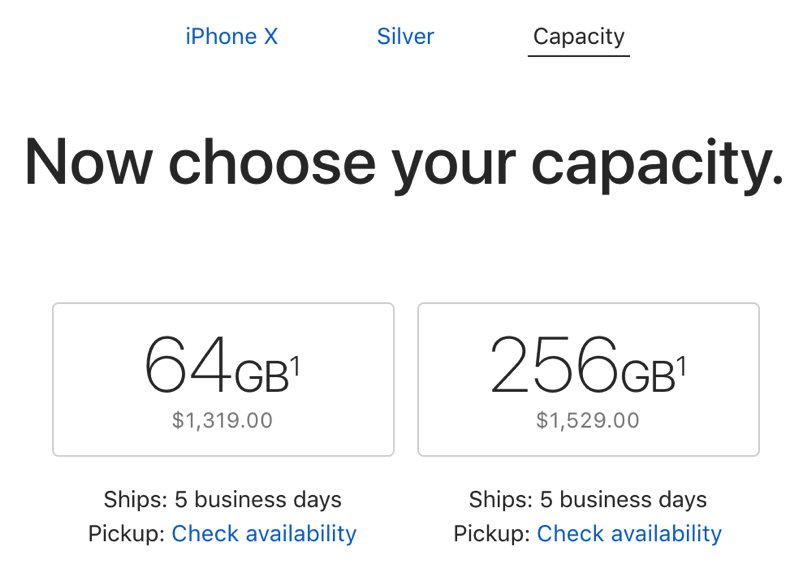 Last week, iPhone X shipping times improved to 1-2 weeks in Canada and now we’re seeing them at under one week, as expected. As we approach Christmas, expect these shipping times to improve even further.

When iPhone X pre-orders launched a month ago, within minutes initial stock sold out, and shipping times dropped to 5-6 weeks.

Your best bet to find an iPhone X at an Apple Store is to follow this tutorial to track stock in real-time via Twitter.