Looking at performance benchmarks for the new iPhone XR, it becomes clear that the cheapest new iPhone of 2018 is every bit as fast as the flagship iPhone XS / XS Max featuring the same A12 Bionic processor running the same speeds, albeit with a better battery life due to a much lower-resolution LCD display (via MacWorld). 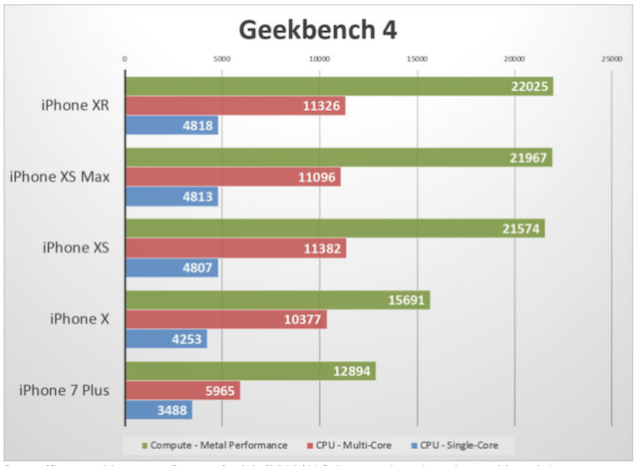 When the iPhone XR’s Geekbench 4 results are compared with that of the XS and XS Max, as well as last year’s iPhone X and the iPhone 7 Plus from two years back, the device is found to offer 13% faster single-core performance than the iPhone X, and about 10% faster multi-core performance. In the GPU-powered Compute benchmark, the performance is about 40% faster. 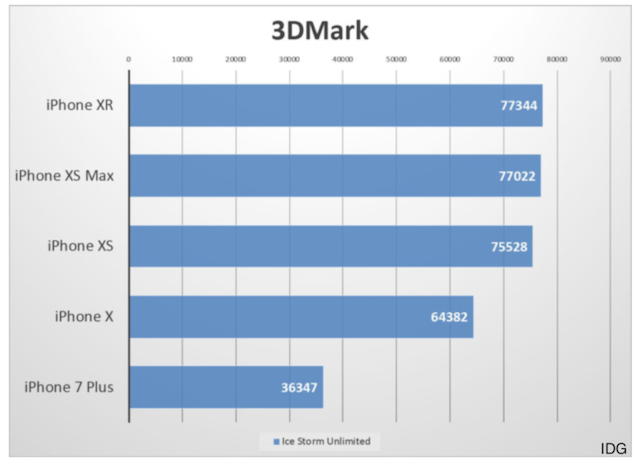 Similar results are seen with AnTuTu and 3DMark benchmarks showing identical GPU and 3D graphics performance on the iPhone XR as the XS and XS Max. However, things get quite interesting in the battery performance tests. 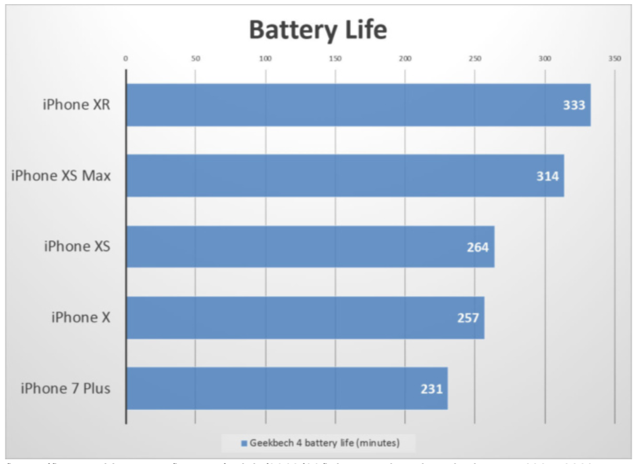 It seems that unlike when Apple released the iPhone 5c, this year’s cheapest iPhone model makes no compromises on performance or battery life.