To fix an iPhone XR screen out-of-warranty, it’ll cost you $259 in Canada, while other damage will cost $519 (such as replacing the phone). 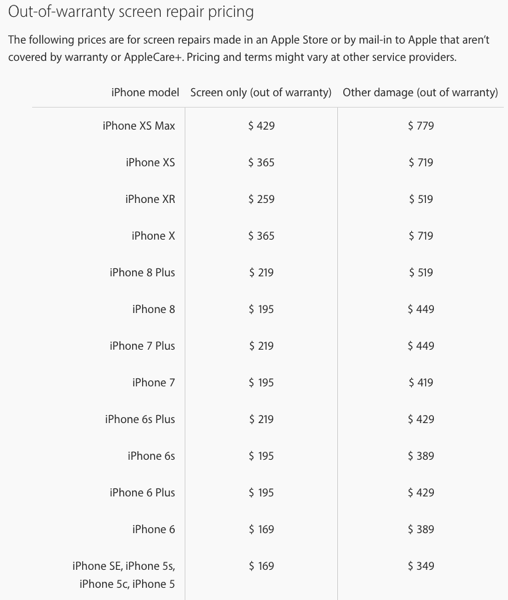 According to Apple, there is some fine print as well:

These prices are for Canada. Fees are in Canadian dollars and are subject to tax. We’ll add a $10.77 shipping fee if we need to ship your iPhone. If we need to replace your iPhone, the replacement will be new or equivalent to new. If the issue with your iPhone was caused by severe damage from an accident or from abuse, service might not be available.

The bottom line? Spend extra on AppleCare, which comes with two accidental damage incidents (you still need to pay $39 for screen damage or $129 for other damage repairs), or get a solid case for your precious iPhone.