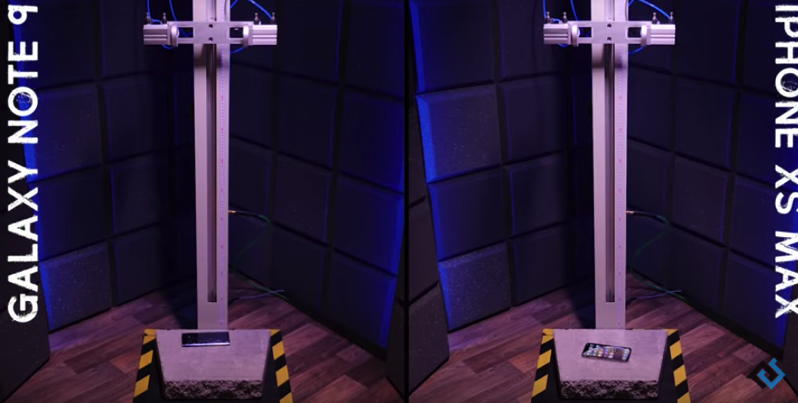 Apple boldly claimed at their special event earlier this month the iPhone XS and iPhone XS Max has the “most durable glass ever in a smartphone.” This line has spurred more drop tests than usual as YouTubers try to verify Apple’s claims (#imherefortheviews).

Each phone faced a drop onto its back, corner and front screen. The special bonus round saw at the iPhone XS Max drop ten times at just under five feet. At three bonus drops, the towel was thrown in on the XS Max, as the top part of the display saw Multitouch go wonky.

Despite scoring three perfect scores of ten against the Galaxy Note 9 in the first three rounds, the iPhone XS Max ‘lost’ in the bonus round, which lowered its overall score to 36, versus the Galaxy Note 9 at 37.

In an email to iPhone in Canada, PhoneBuff founder David Rahimi said, “In our test, we found that the iPhone XS Max’s glass generally held up better than the Note 9’s. However, the Note 9 does seem to be better when it comes to impact and shock resistance.”

Image: The Verge; Sonos Era speaker concept If you’re waiting for new Sonos speakers to launch in 2023, they are said to be coming soon, according to The Verge. The site says 2023 Sonos speakers will be called the Era 100 and Era 300, expected to launch in the coming months. These speakers were previously […]
Gary Ng
52 mins ago