YouTube channel PhoneBuff has conducted their speed test results, putting Apple’s iPhone XS Max versus Samsung’s Galaxy Note 9. This time around, the channel has deployed a robot for their speed tests to ensure accuracy, versus tapping with his own fingers as done previously in the past. 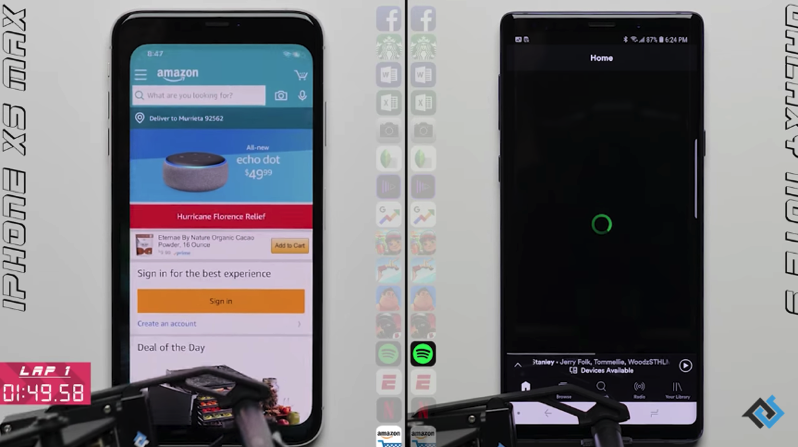 The test sees a bunch of apps launched on each device, then back again to test multitasking capabilities. The results?

The iPhone XS Max completed the entire test in 1 minute and 49 seconds, while the Galaxy Note 9 did it in 2 minutes and 11 seconds.

Apple’s iPhone XS Max is powered by the A12 Bionic and 4GB of RAM. Samsung’s Galaxy Note 9 is powered by Qualcomm’s Snapdragon 845 and has 8GB of RAM.

We’ve previously seen the iPhone XS Max already beat out other Android phones when it comes to benchmarks, and it looks to be the same in this unscientific speed test.

David Rahimi told iPhone in Canada via email, “We conduct multiple trials on each phone using a robot in a temperature controlled environment to ensure consistent results. Time after time, the iPhone XS Max significantly outperformed the Note 9 in our tests.”