Unlocked iPhone 5s orders from Apple.ca now show an ‘available to ship’ time of 2-3 weeks, instead of the previous estimate of just ‘October’, which was in place shortly after sales launched on September 20 (the gold model sold out in less than 10 minutes).

The detailed estimate means orders could still ship in October and can be seen as a sign iPhone 5s supply could be ramping up to combat high demand. 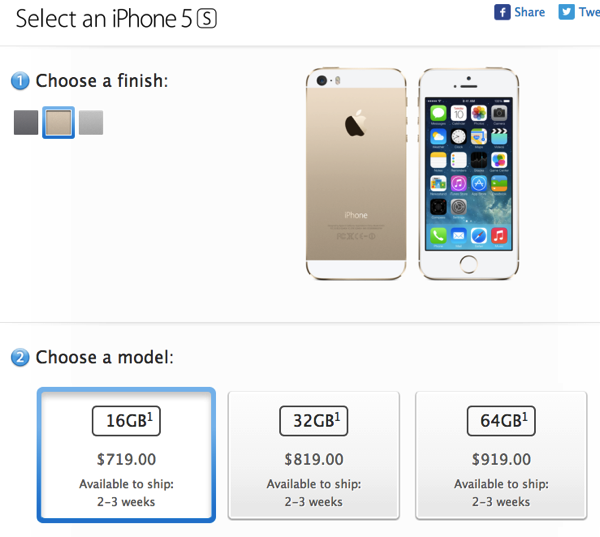 Unlocked iPhone 5c models still show an ‘available to ship’ time of 24 hours, which has been in place since September 21.

Who needs to buy an unlocked iPhone when you can win one for free from us, right? Enter our current contests below: