Apple has ramped up its iPhone 5s production as shipping times have improved drastically for online orders, now shipping within 3-5 business days. Exactly one week ago this timeframe improved to 1-2 weeks from 2-3 weeks, as Apple looks to fill its holiday demand for its top of the line smartphone. 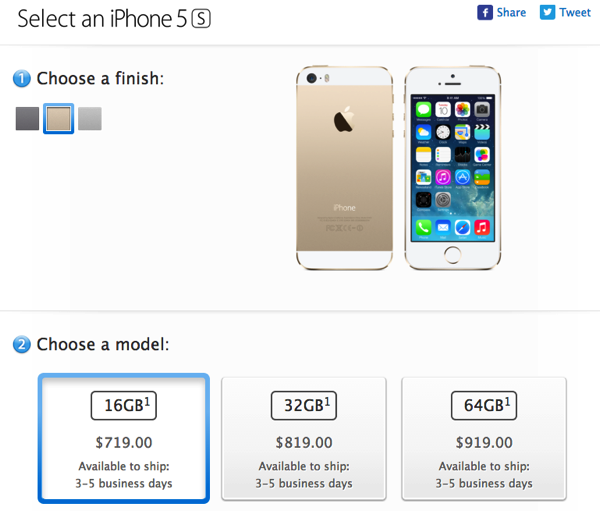 The shipping estimates have changed drastically compared to the device’s original launch, when gold models sold out online within 10 minutes on Apple.ca and later had estimates of 2-3 weeks. An earlier report today suggested Apple’s supplier Foxconn has reportedly stopped iPhone 5c production at one of its factories to rather focus on the high-end iPhone 5s instead. These improved shipping estimates could suggest Apple definitely is ramping up supply for the holiday period.