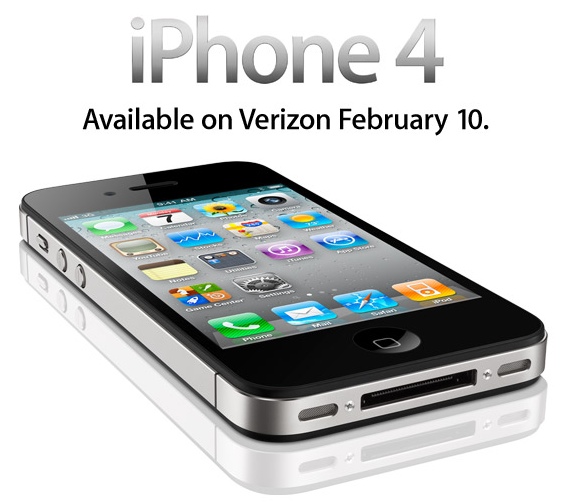 Dealing with Apple is not easy. Verizon and the folks at Cupertino finally came to agreement four long years after the iPhone originally launched in 2007. Usually when it comes to selling the iPhone, Apple’s terms dictate the deal. Here in Canada, our ‘Big 3’ carriers (Rogers, Telus, Bell) haven’t had any issues with carrying the iPhone (other than keeping stock levels). Rogers was the first Canadian carrier to sell the iPhone 3G.

Business Week reveals some nitty gritty details about just what was involved in the whole Verizon/Apple saga. Over the course of years, a rumoured Verizon iPhone 4 finally came into fruition. What was involved to seal the deal?

â€œWe said over the last three or four years that the business interests would come together — and they did,â€ McAdam

The companies erected Verizon cellular towers at Appleâ€™s Cupertino, California, headquarters to check the phoneâ€™s signal and avoid the reliability troubles of the iPhone at AT&T. The two sides also had to agree to swap inside information about future products.

â€œWe had to share with them where we were going with our network and they had to share with us what they were planning for devices,â€ said McAdam, 56. â€œThatâ€™s when we said, â€˜Yes, this should work.â€™â€

One of Verizon Wirelessâ€™s top engineers — David McCarley, its executive director of technology — worked on Appleâ€™s campus for more than a year. He helped Apple understand its CDMA technology, McAdam said. Apple was given â€œtheir own laboratory to play with,â€ he said.

McAdam, who has worked at Verizon since it was formed in 2000, also personally used the iPhone ahead of yesterdayâ€™s announcement.

To reach a deal, Apple and Verizon had to reconcile different approaches to branding. Verizon puts its stamp on other manufacturersâ€™ devices, including phones from Research In Motion Ltd. and Motorola. By contrast, only Appleâ€™s name appears on the iPhone.

â€œThey donâ€™t put a lot of logos on their phones,â€ McAdam said in the interview. â€œSo that wasnâ€™t a major issue for us.â€

The details are very interesting. I’m glad Apple has turned the carrier industry on its head. Gone are the days of carrier-branded phones and pre-installed software as Apple doesn’t allow that on the iPhone.

I can imagine how it would be when Apple travels up to Canada to deal with our carriers when it comes to the iPhone. Do you think Apple will actually listen to any concessions that come from Rogers, Bell, or Telus? iPhone meetings probably go down something like this:

Apple convoy shows up at individual head offices of the ‘Big 3’ Canadian carriers.

Apple: “Here’s the new iPhone X. Sign here if you want it.”

As for us in Canada, we’re patiently waiting for iOS 4.3 to drop so we can use the new Personal Hotspot feature.

The National Football League (NFL) and DAZN Group announced on Tuesday to extend their partnership in Canada and globally, with a new 10-year deal that begins with the 2023 season. With NFL Game Pass International, football fans outside the USA will be able to watch every NFL game through the regular season, postseason and the final […]
Gary Ng
7 mins ago