Day 5 of the iTunes 12 Days of Christmas has arrived, and today we have four TV pilots to download, a selection that has been deemed, ‘Unforgettable Dramas’. On Day 3, we also received free TV pilots, but those were ‘Homegrown’ in Canada.

Today’s compilation of ‘Unforgettable Dramas’ have separate downloads for English and French. Here are the TV pilots for the English episodes, available in HD: 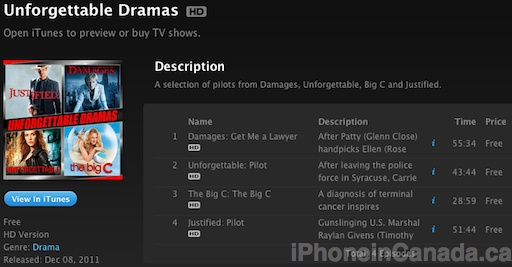 The French episodes are the same except The Big C and Justified are replaced with Breaking Bad (lucky!) and Rescue Me, and only available in standard definition. 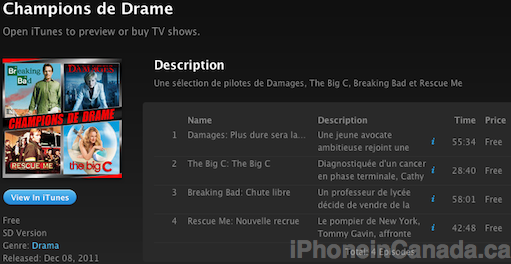 Yesterday’s freebie was a rental of the snowboarding documentary, The Art of FLIGHT.

Which series listed above are worth watching (Breaking Bad is a no-brainer obviously)?

Users of YouTube for iPhone and iPad have been complaining about the app crashing repeatedly. If you’ve been plagued with this issue with the YouTube iOS app, rest assured a fix is coming. According to YouTube on Wednesday, the company said, “hi, we’re aware that many of you using the YouTube app on iOS devices […]
Gary Ng
55 mins ago