Apple has once again gained another accolade, and this time it is another familiar one because they have now won it seven years (shouldn’t it be six?) in a row–the customer satisfaction survey from J.D. Power and Associates:

For a seventh consecutive time, Apple ranks highest among manufacturers of smartphones in customer satisfaction. Apple achieves a score of 839 on a 1,000-point scale and performs well in all factors, particularly in ease of operation and features. HTC (798) follows Apple in the smartphone rankings.

LG and Sanyo rank highest in overall customer satisfaction with traditional handsets, in a tie (716 each). LG performs well in all four factors, while Sanyo performs particularly well in ease of operation. Sony Ericsson (712) and Samsung (703) follow in the traditional handset rankings.

This U.S. study looks at 7080 users from July to December of 2011 that have used a smartphone for at least one year, and ranks smartphone satisfaction via these factors in order of importance: performance (35%); ease of operation (24%); features (21%); and physical design (20%). 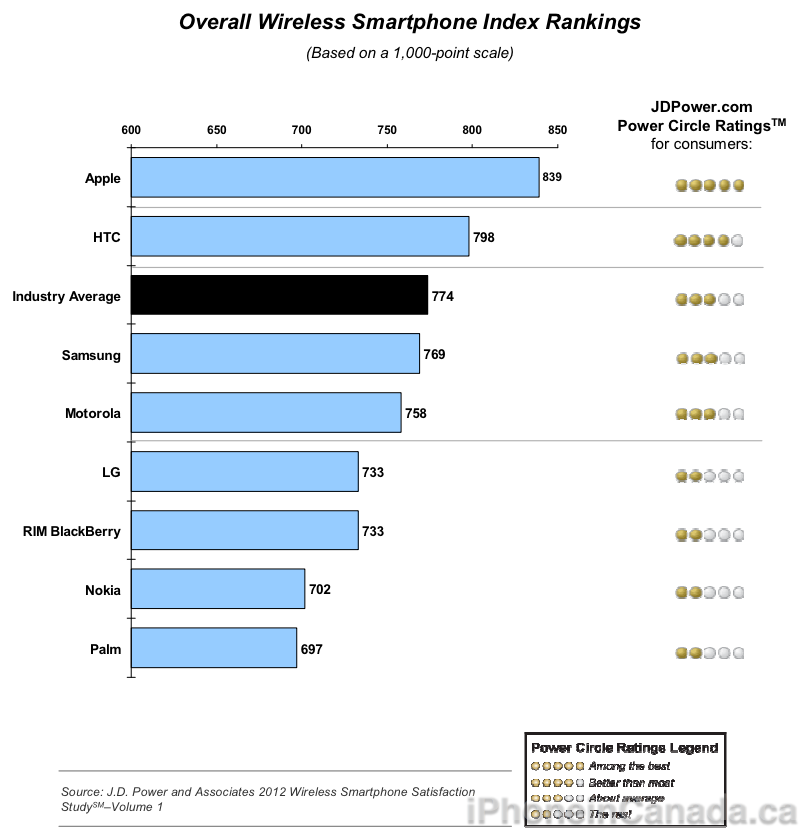 We do know the iPhone 4 has been the most popular cellphone in Canada. As for customer satisfaction here? I’m pretty satisfied with my iPhone 4S. What about you?