Apple is being sued over so-called “jelly scrolling” on its iPad mini 6. 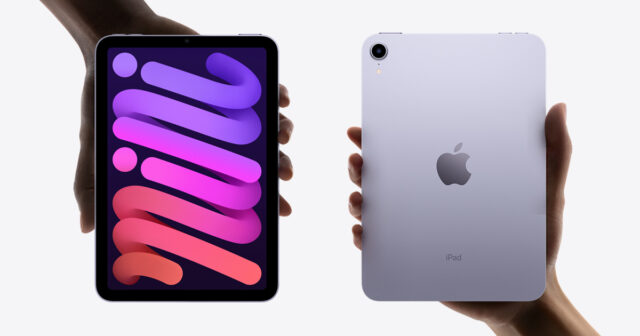 According to a new report from MacRumors, a Colorado resident has sued Apple over claims that its iPad mini 6 is defective because of a “jelly scrolling” issue with the tablet’s display.

Some iPad mini 6 owners have noticed an issue with the display, wherein one part of the screen refreshes faster than the other. This issue is easily noticeable when the device is used in portrait mode to scroll through lists, websites, and large documents.

This action is brought on behalf of purchasers of Apple’s iPad Mini 6. Apple markets and sells the iPad Mini 6 as a premium tablet, debuting on September 14, 2021, with sales beginning on September 24, 2021, at a weighty price tag of $499 for the 64 gigabyte (“GB”) version and $649 for the 256GB version. But the iPad Mini is defective, as the liquid crystal display (“LCD”) is prone to “screen tearing which can make images or text on one side of the screen appear to be tilted at a downward angle because of incongruity in refresh rates,” causing “one side of the screen [to] look[] as if it’s responding faster than the other side, which creates [a] visual disturbance” called “jelly scrolling” that Apple has acknowledged1 (the “Jelly Scroll Defect” or “Defect”)

The complaint was filed in the North California court and it states that Apple is aware of the issue and still sells the iPad mini without any solution. Other than Apple not fixing the issue, the complaint also mentions that Apple does not amend its marketing materials to reflect the “jelly scrolling” defect.

According to Apple’s spokesperson, “jelly scrolling” is normal on an LCD screen. iFixit also confirmed the claims that the abnomality is normal behavior for an LCD display. However, it might be more prominent on the iPad mini 6 due to the display’s controller board arranged vertically inside the device. The iPad Air 4, on the other hand, features a controller board mounted horizontally which allows it to better conceal the “jelly scrolling” aspect of the LCD display.

The class action lawsuit against Apple seeks damages in amount for anyone who purchased the iPad mini 6 in the United States.