More than a month after the release of Apple Music, Jimmy Iovine publicly reflects on the early days of the highly anticipated music streaming service. Following an interview with the Evening Standard, Wired today posted a lengthy interview with the Beats co-founder, who pointed to Apple Music’s strengths and weaknesses, and even hinted at future features of the Apple TV. 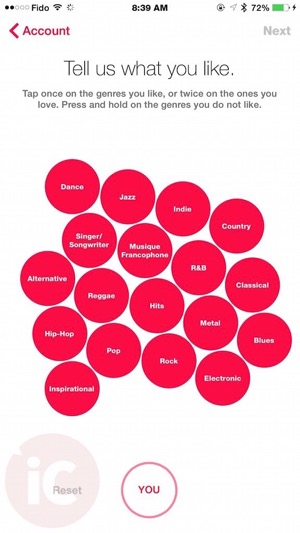 Apple Music actually has three elements: the music streaming service, Beats 1, and Connect. We’ve learned from the Evening Standard interview that Apple isn’t afraid of competition, because it provides something different that separates it from the rest of the players: curation. In the Wired interview he goes even deeper into this topic and explains that with curation they aim to refocus attention on the act of listening and appreciating the emotion of music.

“Everyone says to me that ‘music is as popular as it ever was’. But is it as impactful as it ever was? I don’t know. Certain music is, certain musicians are, but the way it’s been dealt with isn’t the music’s fault. The way it’s being delivered is very mechanical, very cold, without emotion. And that’s what we’re trying to change.”

To understand the power of Beats 1 and what it means in combination with the music streaming service, he brings up a great example. You may recall that on the launch day, the first track Zane Lowe played on Beats 1 was from an unsigned, unknown band from Manchester (UK) Spring King. The result was simply amazing: The song, “City”, became one of the most played on the network in July and propelled the band onto the world stage.

As for the third element, Connect, it may be the weak link in the chain, and Iovine admits that there is a lot of work to do:

“We have to prove [Connect’s value to artists], and we will slowly prove that. That will be the piece of the service that comes along last, or later, and we have some real plans,” he tells WIRED. “We’re building it out a lot more, it needs a lot of technical work as well. But we believe we’ll get there and it’ll be a great place for artists to communicate and with a lot of independence and freedom to do what they want to do. But we’re still building it.”

Finally, here is what Iovine thinks about television and the way it can be improved, leading to speculation about forthcoming curated content for the Apple TV.

“We all know one thing, we all have different television delivery systems, don’t we all wish that the delivery systems were better, as far as curation and service?” he says. “They’re all technically good. And Netflix is starting to cross the code because they’re starting to make some original content. It is really good, but still I mean none of us make movies here right, so we’re all punters, or what do you call them in the music business, fans right? We want to watch movies. Sit down with your girlfriend or a bunch of friends and try to find a movie online. That box helps you none — it doesn’t help. You’re on your own. And eventually that will catch them unless somebody digs in and really helps the customer. And entertainment needs that, it needs to live and breathe.”

The whole interview is well worth your time; you can read it here.