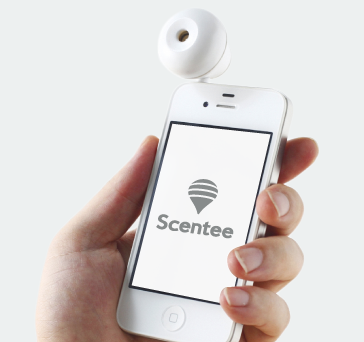 There’s a real iPhone accessory called the Scentee which attaches to your iPhone’s headphone jack, then sprays an aroma for you. Jimmy Kimmel heard of this accessory, then decided to prank the public by telling them to try out the accessory, but with a fake version:

There’s a new iPhone device that plugs into your phone and emits the smell of your choice. We wanted to see what Americans thought of it but it’s only available in Japan. So instead we just told people we had it and asked them what they thought of it. As usual, people had no problem lying to us.

Check out the video below—it’s hilarious:

Here’s a video of the Scentee in action (this video is just weird):

The Scentee is scheduled to debut on November 15 on Amazon Japan for about $38 CAD.

Amazon has announced it’s holding another shopping event for Prime members only, set to take place on October 11-12. The news confirms previous reports a second Prime Day-like event was coming this fall. The online retailer is calling the event the Prime Early Access Sale, a two-day global shopping event that’s only for Prime members. […]
Gary Ng
28 mins ago