A rare prototype Leica camera designed by former Apple design chief Jony Ive and famed designer Marc Newson will be auctioned off in June by the Leitz Photographica Auction House with a starting price of €100.000 (approx. CAD $148,000), The Verge is reporting. 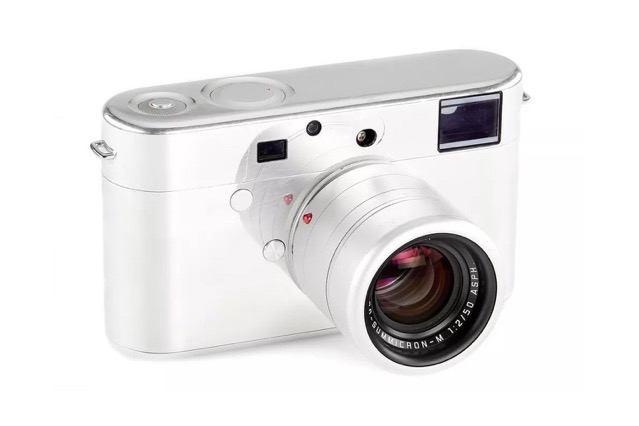 Expected to sell for over CAD $300,000, the prototype is described as being in “B+” condition, and was produced during the development of the one-off Leica M for (RED)camera, which was sold at a charity auction in 2013 for $1.8 million.

The prototype is described as showing the “final development step” of the design process and is equipped with a Apo-Summicron 2/50 mm ASPH lens. There’s no mention of whether it actually functions as a camera or not.

“A beautifully sculptured aluminium body with a matching Apo-Summicron 2/50 mm ASPH. lens — both showing distinctive features both designers are famous for.

The prototype we have the pleasure to offer shows the final development step when the camera took its final shape after hundreds of prototype parts have been made and tried. It is a beautiful piece of design and a very special opportunity for Leica collectors!”

Leica says “a total of 561 models and nearly 1000 prototype parts” were made during the camera’s design process.