In a rare public talk today in New York, Apple’s Chief of Design Jony Ive talked about Steve Jobs, the iPhone X and his design process (via Business Insider). He was interviewed by New Yorker editor-in-chief David Remnick during the session “The Shape of Things to Come,” which was part of the New Yorker’s TechFest conference. 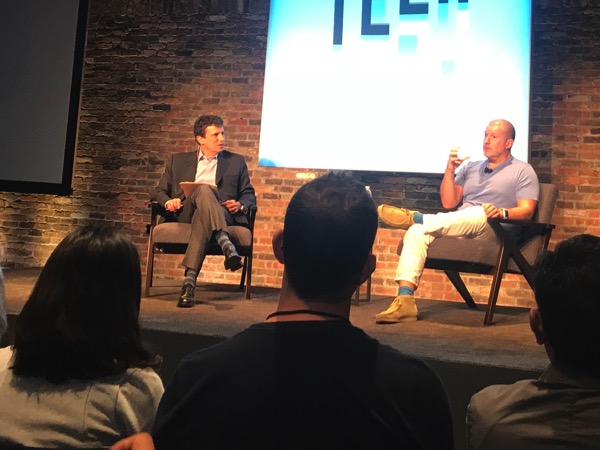 Ive, who is undoubtedly one of the most important persons at Apple, and has previously led the design team responsible for the look and feel of every major Apple product, including the iPhone and the iPad, has kept quite a low profile in recent years. His last public appearance was in an interview with Charlie Rose in 2016.

Below are a few of Ive’s quotes from the chat:

“I think that every single object that is made, testifies to the values and preoccupations of the people who made it. I find it hard to not see what’s behind the object. It’s really the culmination of multiple decisions”.

“Most things are built in an opportunistic way, to a cost, or to a schedule, they’re not built to people. We may not be able to conciously articulate why we like something, but I believe as a species we sense care in the same way we sense carelessness”.

“I discovered very early on where my competence lay. It was deep but very quickly moved beyond the boundaries of designing, my expertise really did drop off… Steve was very clear, the goal of Apple was not to make money.”

“I had the most wonderful teacher in Steve. I have never met anybody with his focus. And his effort. It’s not like you’re focused on month and trundle on. But the hourly, daily effort it takes to truly focus.”

Ive also said that sometimes he wonders if he gets tunnel vision, when designing things like the interior of things. To read the full chat transcript, hit up this link.