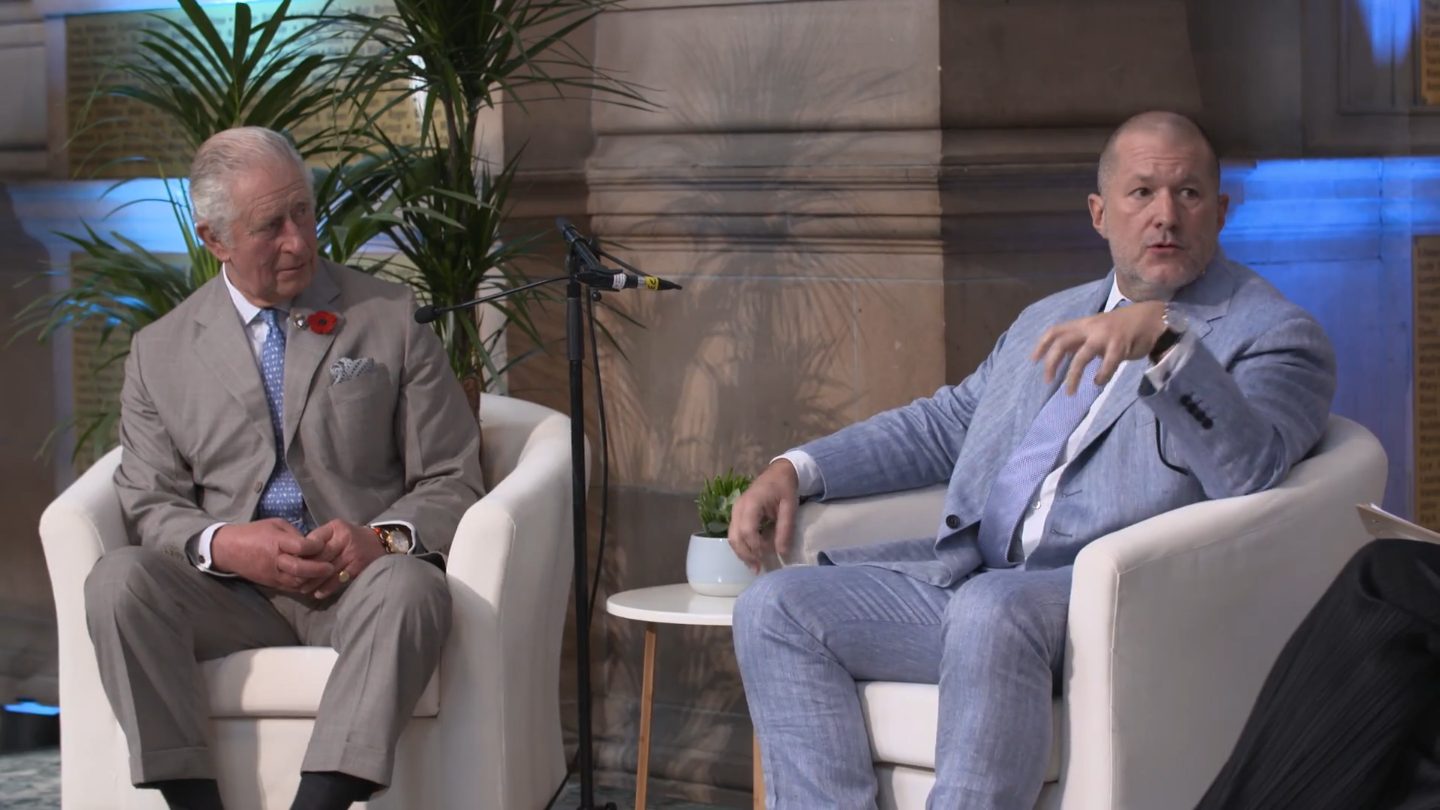 Former Apple chief designer Sir Jony Ive in November sat down with U.K.’s Prince Charles to talk about collaborating with His Royal Highness on the Terra Carta Design Lab and the Terra Carta Seal in an interview with Wallpaper.

The Terra Carta Seal is an award seal dolled out by LoveDesigns, the design firm founded by Ive after his departure from Apple, that recognizes companies that are making efforts towards sustainability in their products. The seal was designed by the firm in partnership with the Sustainable Markets Initiative, which is led by Prince Charles.

“It was a rare privilege to be able to collaborate with His Royal Highness,” said Ive.

“When His Royal Highness was describing the Terra Carta, I was hugely struck by the fact that in spite of the profound nature of the challenges that it was trying to address, the Terra Carta wasn’t characterized by fear or terror, there was a rather beautiful optimism.”

The two talked about the goals of the Terra Carta Design Lab, with Prince Charles going on to stress that working towards sustainability will not only require the private, public, and civil sectors to be on the same page but will also need every single facet of innovation and creation, from art and design to engineering, operating with the same philosophy.

“What really has driven [the Terra Carta] is the fact that finally, after some 40 years of trying to raise awareness about all these issues, and trying to bring a whole series of people together, particularly from the business sector to get them to understand more and more about the need for sustainability, one of the things we could never really do was get the financial services sector to take it seriously,” said Prince Charles.

Prince Charles also lauded the nature-inspired paper and digital seal Ive and his LoveFrom team designed to be the symbol of Terra Carta’s mission. “I feel so strongly that we must reconnect with nature,” said His Royal Highness.

“Nature has to be put at the centre of the whole operation and [Jony Ive’s] design, I thought, brilliantly helped to encapsulate that.”

Finally, Ive and Charles talked about the significance of getting the next generation involved in the initiative and as well as the importance of being “curious and inquisitive.”