Jony Ive: Apple Watch Has Been in the Works for Three Years

Vogue has published an interview with Jony Ive today highlighting milestones in the life of Apple’s chief designer. As is turns out, the reporter, Robert Sullivan had the opportunity to see and hold the Apple Watch weeks before it was unveiled to the public. 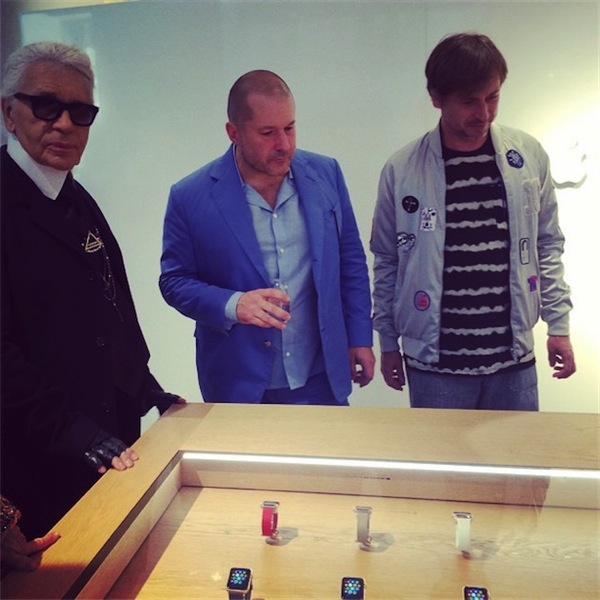 During the interview, Ive emphasized that this object is a device that has everything Apple has been trying to do: “It’s that pursuit of the very pure and simple.”

“It’s strange when you’ve been working on something for three years . . .” he says, shaking his head. “It’s fascinating how people struggled with wearing this incredibly powerful technology personally.” The cell phone, of course, killed the watch to some extent. Now he wants to reset the balance.

He also highlighted the questions he asked himself when creating this device and the possible connection it will create between users.

Aside from all the ways the watch connects to your phone, Ive is very interested in how the watch can connect to another human. “You know how very often technology tends to inhibit rather than enable more nuanced, subtle communication?” he asks. This is the question that haunts the son of a craftsman: Is he making tools that improve the world or shut people down? “We spent a lot of time working on this special mechanism inside, combined with the built-in speaker” —he demonstrates on his wrist. You can select a chosen person, also wearing the watch, and transmit your pulse to them. “You feel this very gentle tap,” he says, “and you can feel my heartbeat. This is a very big deal, I think. It’s being able to communicate in a very gentle way.”

The whole interview is worth reading – just follow this link.