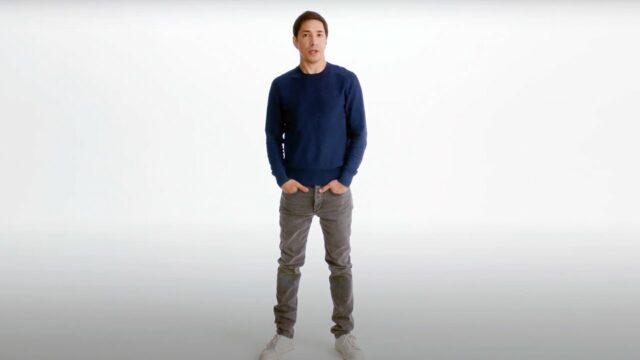 For 66 commercials that ran between 2006 and 2009, actor Justin Long was a Mac. He was the cool, casual, laid-back personality, gently dealing with John Hodgman’s manic nerd PC. Together they were advertising’s ultimate odd couple, and made the “Get a Mac” campaign one of the most popular and recognizable commercial campaigns ever.

Now Long returns to the computer mascot wars with a new allegiance, kicking off Intel’s newest ad campaign with a twist on a familiar line. “Hello, I’m a . . . Justin.”

In the new campaign, dubbed “Justin Gets Real,” Long pits Macs against some of the more innovative aspects of Windows PCs, like their ability to function as convertible 2-in-1 devices, or the prevalence of touchscreen PCs while Macs are stuck with the (admittedly useless) TouchBar.

With Apple’s abrupt flip in 2020 from being one of Intel’s top customers to being a chip-making rival, it created the opportunity for a marketing campaign that highlighted the perks of PCs while taking a few jabs at its Cupertino competitor.

“It’s a fun challenge: How do you highlight the limitations that Mac users just live with and help highlight that we have a more compelling choice available with PCs?” said John Coyne, Intel’s vp of brand, creative and media. “Who better to help us tell that story than Justin Long, who spent more than four years and 66 commercials representing the personification of ‘I’m a Mac?'”