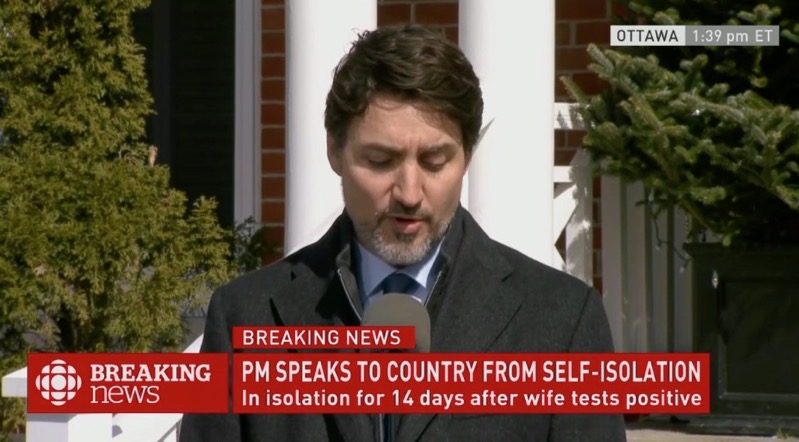 On Sunday evening, the federal government announced a major announcement would be coming at 10AM PDT/1PM EDT on Monday. After making Canadians wait over 39 minutes, Prime Minister Justin Trudeau addressed the nation.

Trudeau announced Canada’s response to COVID-19 will be the following:

Trudeau said trade and business will not see travel restrictions. He says for Canadians abroad, it’s now time to come home while still possible to do so and must self isolate for 14 days. All Canadians, “as much as possible”, should stay home to protect themselves and their communities. He says “social distancing” doesn’t mean we need to stop talking to each other. He says pick up the phone or even FaceTime.

“These measures will help saves lives,” explained the Prime Minister.