Having difficultly finding titles amongst streaming service such as Netflix, iTunes and more? JustWatch can help, as the Berlin-based streaming search engine has catalogued all shows from a variety of services to make it easier to find what you’re looking for.

The company tells us it was just updated to support Bell’s CraveTV (which publicly launched yesterday), while it also lists titles from Rogers and Shaw’s shomi as well. 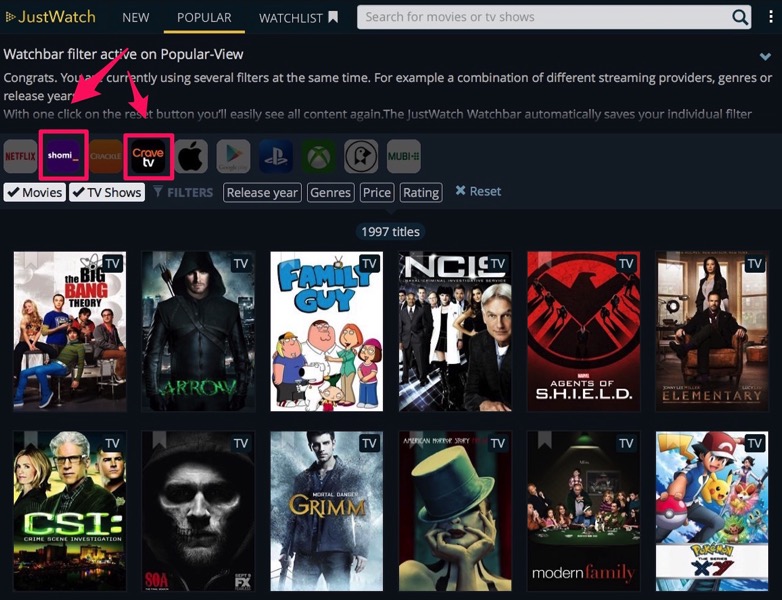 JustWatch allows users to see which shows or movies were recently added by provider and by country (which can be useful if you’re a VPN/DNS user, although that may be ending for Netflix users?).

If you’re into renting or buying movies from iTunes, JustWatch tracks prices and deals daily, plus allows filtering by genre or release year. There’s also a companion iOS and Android app too.

JustWatch is a legal service they explain, as all queries result in legitimate results, not links to view titles illegally online. Let us know if you’re going to use this!