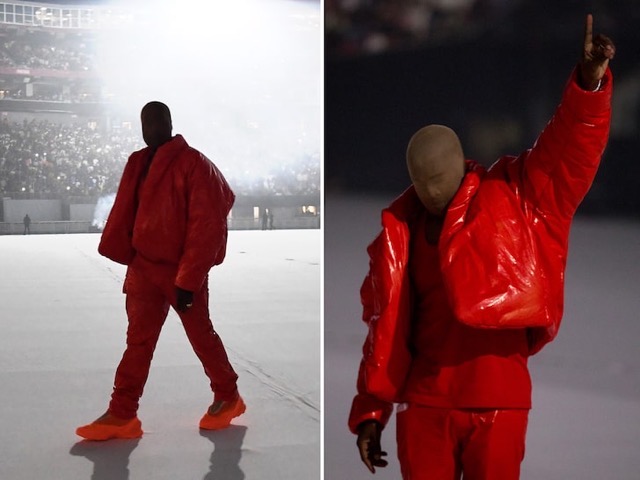 According to a report by TMZ, Kanye West’s ‘DONDA’ album listening party event held last week at Mercedes-Benz Stadium in Atlanta broke the Apple Music Global Livestream record, with over 3.3 million viewers tuning in on their screens.

“That’s a heck of a lot more than the previous record, we’re told, which was set by Gucci Mane and Jeezy in their highly-anticipated Verzuz battle earlier last year — at a reported 1.8 million viewers. Kanye practically doubled the number as a solo act!”

Ye’s DONDA event was, however, a one-time deal meaning it aired live for people to stream, but hasn’t gone back up on Apple for re-watching.

The source claims that once Kanye releases DONDA the Atlanta performance will be posted to Apple for fans to watch again.

DONDA is the tenth studio album by Kanye West. Named after West’s late mother, it is scheduled to be released on August 6, 2021, through GOOD Music and distributed by Def Jam Recordings.

It's confirmed that Rihanna will headline next year's Super Bowl LVLL Halftime show. 2023's mega-sporting event will be the first to see Apple Music take over as the official sponsor of the halftime show as Pepsi exits its deal. The news was confirmed via social media where Apple Music, Rihanna, and the NFL all confirmed...
Steve Vegvari
18 mins ago