You may have missed this, but on the eve of Apple Watch pre-orders and public availability, musicians Katy Perry and Canada’s Drake (Drizzy) helped Apple market their smartwatch on their Instagram pages.

The limited Apple Watch Edition shown is the 38mm 18-Carat Yellow Gold Case with Bright Red Modern Buckle, which retails for a mere $22,000 CAD, with optional AppleCare+ for an additional $2,000 CAD. This model has already sold out in Canada and isn’t shipping again until June. 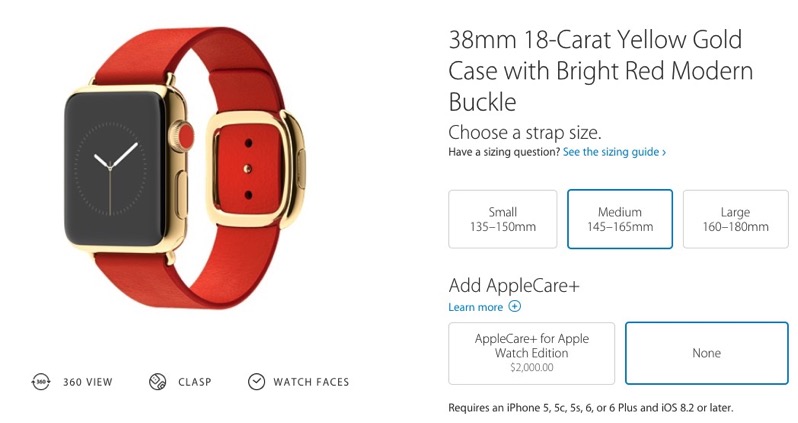 Meanwhile, in what looks like a marketing move to show the red Apple Watch Edition is not just targeted at women, Drake is seen wearing the 18k yellow gold smartwatch sitting atop a fence at the 2015 Coachella Valley Music and Arts Festival in California, which kicked off its first weekend yesterday. Drizzy references his arrival at ‘Chella’ sporting a red hoody and sweatpants (is there ever a good time for sweatpants?) plus Air Jordans to complement his red Apple timepiece. Talk about starting from the bottom (Degrassi, what) and now he’s here.

Earlier in the week we saw Pharrell proudly show off his Apple Watch on The Voice and also on his Instagram.