A new Kickstarter campaign that goes by the name of ‘Pooch Selfie’, is an iPhone attachment that is aimed at helping dog owners take that perfect picture or selfie with their dog. Yes, you head that right. According to its inventors, the Pooch Selfie takes advantage of a dog’s natural draw and focus to a tennis ball and uses this focus to hold their gaze as you snap away that perfect portrait picture. 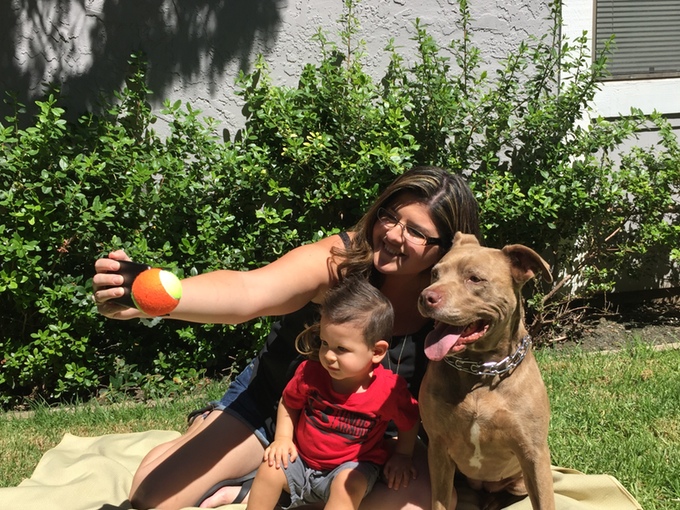 Here’s how they say the Pooch Selfie attachment works:

“Each Pooch Selfie comes with a squeaking Pooch Selfie ball and custom cell phone attachment. Pooch Selfie is specifically designed to be used with iPhones, however, works universally with most smartphones and tablets.

Turn the attention to your smartphone’s front facing camera and use Pooch Selfie to capture the best selfies you’ll ever take with your pup.  Need some extra incentive? Simply remove the Pooch Selfie ball for a few squeaks and regain your dog’s focus and then place back into the attachment for some awesome pics.”

Most people would call the Pooch Selfie hilarious or absurb but some dog owners, apparently 45 of them, have already backed up the project raising over a $1,000 for the funding campaign, which is aiming for a $7,000 pledge with 24 days more to go. 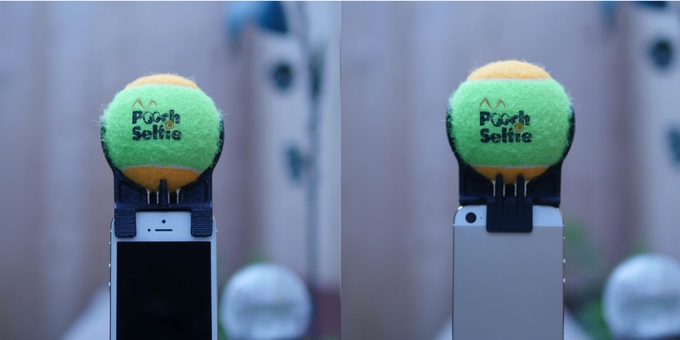 Here’s a video for you to check out before deciding to make a pledge: