According to a new study on kids’ app usage and habits carried out by digital safety app maker Qustodio, kids ages 4 to 15 in the U.S., U.K., and Spain now spend an average of 80 minutes per day watching TikTok, compared with 85 minutes per day spent on YouTube videos, TechCrunch is reporting. 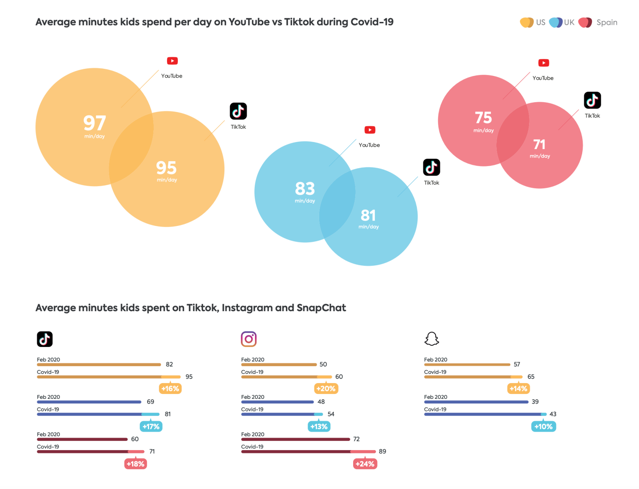 The data, which was provided by 60,000 families and encompasses children’s online habits from February 2019 to April 2020, takes into account the COVID-19 crisis and is specifically focused on online video, social media, video games, and education.

The report suggests that these increases in kids’ app usage may never return to pre-COVID-19 levels, even if usage declines a bit as government lockdowns lift.