With the success of Apple’s iOS devices, more and more people want to be seen with them. This also leaves room for counterfeit artists and scammers to take advantage, such as we’ve seen earlier in the year. Electronics retailers such as Future Shop, Best Buy, London Drugs and Walmart fell victim to people returning iPads filled with model clay.

Just over a week ago, Apple warned carriers in Canada such as Telus to watch out for similar returns of knock off iPhones, and within that story people in Canada noted of fake iPhone sellers on Craigslist. Last year, we saw some pretty realistic fakes and even the ability to purchase the ‘iPhone 5’.

The New York Times notes of a recent bust in New York City where undercover officers discovered a store filled to the brim with knock off iOS devices, along with 3697 pairs of Beats by Dre headphones:

Officers raided the store on Feb. 9 and found what the police described as among the larger inventories of fake Apple electronics for sale on the East Coast. They said there were 436 iPhones, 21 iPads, 128 iPods — all fake. An official from Apple showed up to verify as much.

“If you walked in and said, ‘I want a 32-gigabyte white iPhone,’ they had it,” Sergeant O’Connell said. “The iPad was the size of a Kindle screen.” Some devices turned on, while others appeared to need to be plugged in first.

Check out these pictures below of a knock off iPhone 4, and also the bounty collected by the NYPD. The white iPhone 4 has an obvious sign it’s fake–the front facing camera is mis-aligned, plus the screen looks off: 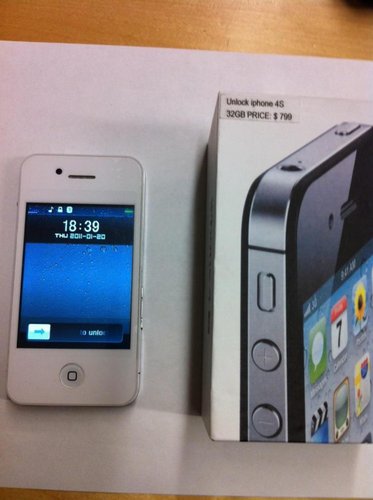 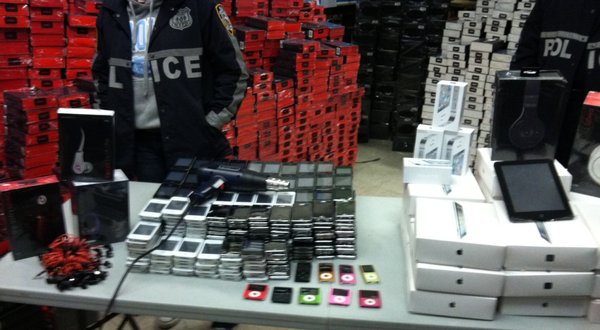 It comes down to buyer beware. If the deal sounds too good to be true, it probably is. Stick to authorized dealers and you won’t have any problems. Have you seen any knock off iPhones around or on sale?