While the iPhone 6 is only rumoured to feature a sapphire glass front panel, Kyocera is “officially” developing a smartphone utilizing a sapphire display, according to a teaser video that went public today. 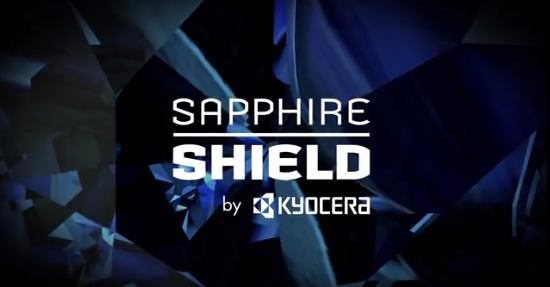 As the video highlights, Kyocera has more than 41 years of experience in working with sapphire glass, and the company will use its vast experience with sapphire to develop a smartphone sporting a pure sapphire glass cover called Sapphire Shield. A Kyocera representative has spoken to MacRumors, corroborating the video by saying that Sapphire Shield will be used in future Kyocera smartphones.

Besides the official teaser, there is an unofficial one as well, showing off the durability of the Kyocera Sapphire Shield in a series of stress tests.

The teaser comes hot on the heels of rumours about Apple utilizing sapphire glass with the iPhone 6, and the company is using these rumours to sound appealing, although it hasn’t mentioned any release date.

Other companies have tested sapphire but opted against adopting it because of the high associated costs. The Apple and GT Advanced partnership has apparently solved the cost issue. Now, it only remains to be seen whether we’ll see the sapphire glass display only on high-end iPhones — assuming the rumours of a sapphire glass iPhone 6 are true, of course.