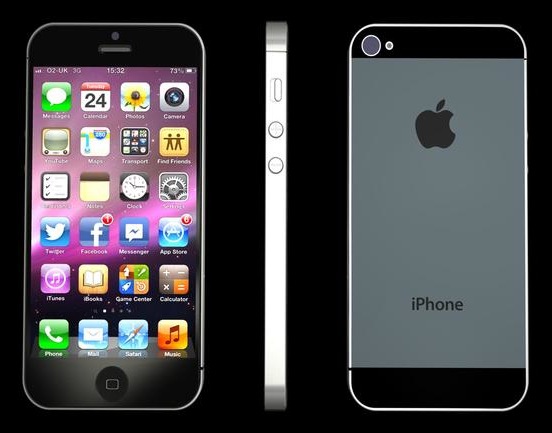 Unless you’ve been living under a rock, (or perhaps, are simply not an Apple geek,) you’ve no doubt heard that September 12th is the day Apple will launch the eagerly anticipated “iPhone 5”.

As the perennial iPhone expert amongst my friends and family, the question I get asked most is “What can we expect from the new iPhone?”

(By the way, rest assured I use the term “expert” very loosely, and it is definitely not a self-proclaimed title.)

The short answer to the question is: I have absolutely no idea!

But what I can do, (in the most TMZ-like style possible,) is provide a concise list of the most frequently heard rumours, gossip, and speculation. Scandalous!

So first let’s talk about what is perhaps the most important thing – the name. What’s in a name? Apparently a lot, based on the amount of speculation surrounding this topic amongst the Apple fans.

You’ll notice the term “iPhone 5” was put in quotes within the title of this article. This was not done by accident.

There is a very high possibility (in my personal opinion, a certainty,) that Apple’s newest gadget will in fact not be called the iPhone 5.

But wait a minute, that’s what everyone’s been calling it, right? Well yes, but really that’s the case for no other reason than – no one knows what else to call it!

The fact of the matter is this: the iPhone released in September will not be the fifth iPhone. Let’s do some counting, shall we? First there was the original iPhone, followed by the iPhone 3G, the iPhone 3GS, iPhone 4, and finally the rather underwhelming announcement of the iPhone 4S.

Let’s see … carry the 1, solve for X and we come up with … (drum roll please) … five. Five iPhones released so far! (Although only four here in Canada.) That’s right, the next iPhone will in fact be the sixth generation iPhone.

So why on Earth would they call it the iPhone 5?

There is also a strong sentiment that Apple will stick with its “the new” naming convention, similar to as in “the new iPad” that was released earlier this year.

Entire essays have been written on why Apple has gone with this new naming philosophy, the details of which I’ll spare you. But rest assured this seems to be Apple’s new naming convention.

So put my money on it simply being called “the new iPhone.” How creative.

So we know the name, how’s she gonna look? Remember how disappointed we all were when the iPhone 4S was released under much ballyhoo, only to have it look …. exactly like the iPhone 4???

Rest assured this won’t happen again. Apple will most certainly give its beloved device a much-needed full body makeover. All signs point toward there being a metallic backplate type of design, with two different tones. Remember the chrome plating on the original iPhone? Think along those lines. 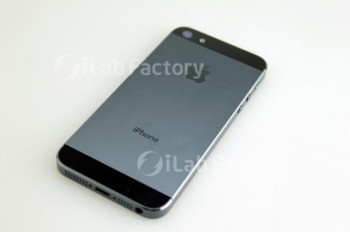 The iPhone will likely also be put on a diet. Rumours say it will be 7.6mm thick, nearly 2mm thinner than the 4S. This would also make the iPhone thinner than two of its biggest rivals – the Samsung Galaxy S3 and the HTC One S (so take that, chubby!)

Now on to the rumour I’m most excited about – screen real estate! Multiple reports have surfaced that the new iPhone screen will be larger, with a 16:9 aspect ratio (i.e. like a movie theatre screen,) measuring approximately 4-inches, and with a resolution of 1,136 x 640. 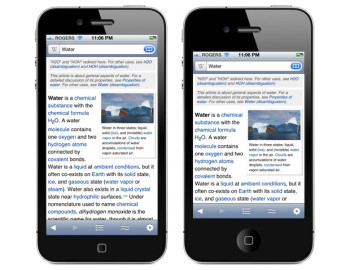 This argument is further supported by the multitude of “leaked” parts that continue to surface.

From my experience, quite a few people aren’t in favour of this idea, out of fear that the actual size of the phone will increase, thus taking up even more space in their pockets. While this may indeed be the case, I for one would be willing to accept that. Especially keeping in mind that the phone will be thinner.

But wait a minute – new screen, thinner … what will power this beast of a phone? A great question, one that I asked myself. If you’re like me, you’re likely charging your iPhone on at least a nightly basis, perhaps even more often. Oh what to do? The answer – build a bigger battery of course. (D’uh!) It is likely the new iPhone’s battery will be larger than that of the iPhone 4S, but only slightly. 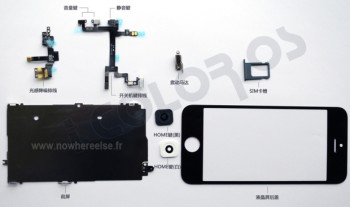 Of course in order for this to happen, Canada’s major carriers must build the infrastructure to support this. This appears to be well underway.

In the category of “yeah, no real surprise here,” the brains of the operation will assuredly get an upgrade too. Rumours point towards the new iPhone getting a faster A5X processor (a la the new iPad) or perhaps even a brand-spanking new A6 chip.

Other entries into this category include: the phone containing an improved camera (again) in addition to coming pre-installed with iOS6. (Zzzzz… boring news.)

Now on to perhaps the most controversial rumour of all: the new, smaller dock connector.

It appears there is a strong likelihood that Apple will be deviating from its tried-and-true 30-pin dock connector, in favour of a much smaller one – consisting of 19 pins, 16 pins, 9 pins, or even 8 pins, (no one really knows for sure.) 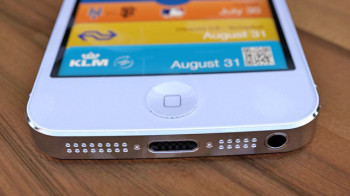 So yeah ummm, remember all those extra sync cables, wall chargers, and other accessories n’ stuff you’ve compiled over the years? Ummm there’s a strong chance they may become obsolete. Unless of course, you purchase an adaptor from Apple. Bummer. 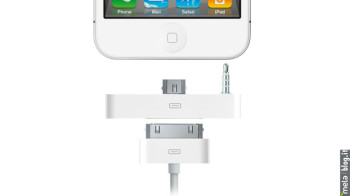 Why oh why would they do this? Could be any number of reasons. But the most likely one is: real estate. The current 30-pin connector just takes up so much darn space. Space that can be much better utilized by other innovations (such as the aforementioned increased screen size.) It may also have something to do with the rumour that the headphone jack will be moved to the bottom of the chassis.

The new iPhone will also have Nanotechnology! Ooops umm, the Trekky in me got carried away for a second.

What I meant to say was, the new phone will likely have a nano-SIM. So what does that mean to the average iPhone user? Probably not much. It just means the SIM card that is used in current iPhones, will likely be smaller now. This will no doubt help create more room internally within iPhone.

So, that’s it in a nutshell. There are many other rumours of course, but these are the ones I think are most worth mentioning.

That being said – my opinion is that there’s nothing here that’s very revolutionary, innovative, or earth-shattering. If this is truly a comprehensive list of the main features of the new iPhone, I must say it’s a little disappointing.

But maybe my expectations are too high? Should incremental updgrades to an already industry-leading product, be considered a letdown? This debate could be the topic of another article entirely.

Of course this list may not be comprehensive. Apple is great at keeping secrets, and the best may be yet to come. I don’t know about you, but I’m pretty excited to find out on September 12th!

In the meantime, what are your thoughts on these rumours?