Gee, with the WWDC only a few days away, the 3G iPhone rumors get juicier and juicier. I couldn’t let my weekend start without posting the latest 3G iPhone new for all y’all. Let’s do a quick recap of what’s been broadcast so far for those who haven’t heard yet.

Engadget reports that a version of the new 2nd-gen iPhone firmware has been leaked and consequently dissected. What was revealed was a GPS for the new iPhone along with HSDPA, allowing for 3G in conjunction with quad band GSM.

CrunchGear has posted some very interesting “leaked” images (you be the judge!) of the new iPhone 2.0. As you can see there is speculation of that so called “front mount camera” that keeps on creeping up. These are pictures of AT&T promotional material, hence the poor quality.

From the pictures we can observe a thinner iPhone plus stereo speakers on the back. There is also going to be a (RED) campaign model as well (along with a U2 version?!). All we can say is Monday can’t come any sooner folks!! What do you think of these images? 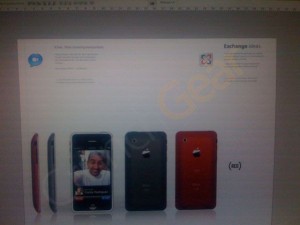 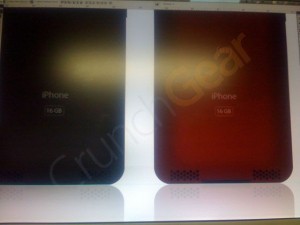 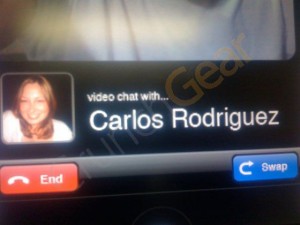 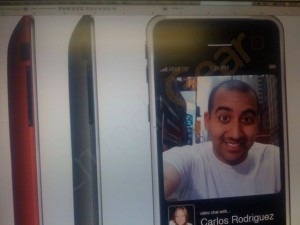