The very first live images of Samsung’s upcoming Galaxy S20+ smartphone have just been leaked on the web ahead of next month’s Samsung Unpacked 2020 event, where the company is expected to unveil at least three flagship smartphones as well as a new clamshell foldable smartphone (via XDA Developers). 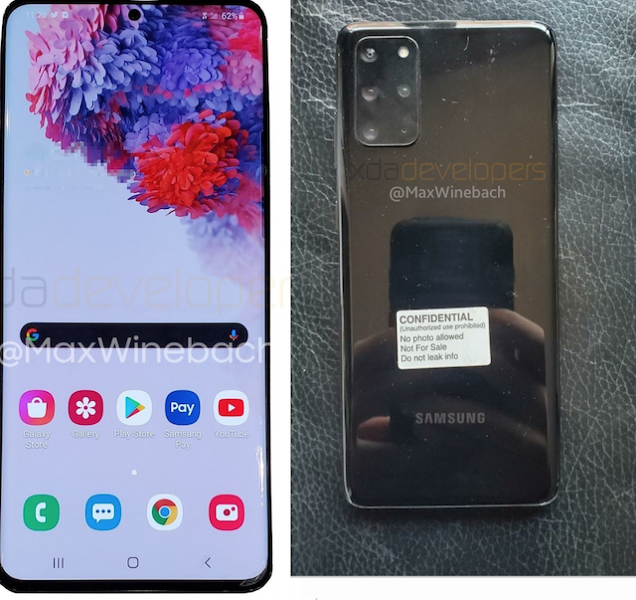 Looking at the photos, it seems the Samsung Galaxy S20+ will feature a total of 4 cameras on the back, alongside a flash, and what looks like a microphone hole. On the right side of the device, there’s a volume rocker and a power button. Unlike the S10 series, however, there is no Bixby button. 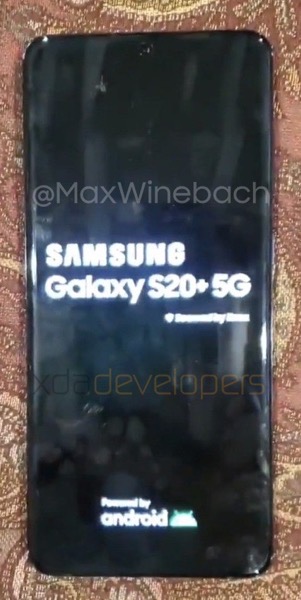 The front of the device shows super-thin bezels with much less curved Infinity-O display as compared to previous models. The camera hole punch is centred and is also smaller than the Galaxy Note 10. The device will come with a pre-installed screen protector as well.

“This phone is expected to be in the middle of the S20 series. It will be slightly larger than the regular Galaxy S20 but it will lack the camera technology present in the higher-end “Galaxy S20 Ultra”. This particular model is rumored to come with a new 12MP 1.8?m main image sensor. Samsung is also throwing in an ultra-wide, telephoto, and likely macro lens. The microphone on the rear could help with Samsung’s zoom-in mic feature.”

Samsung is expected to officially unveil the Galaxy S20 series smartphones at the Samsung Unpacked media event on February 11th.