After announcing the 9.7-inch iPad Pro today, Apple also quietly announced a new Lightning to USB-C cable for iPhone, iPad and iPod. This cable will allow iOS users to connect their devices to computers with USB-C for syncing and charging—like the 12-inch Retina MacBook.

Also, the cable will take advantage of the Apple 29W USB-C Power Adapter (launched last year), which can utilize the fast charging feature found within the 9.7 and 12.9-inch iPad Pros.

The new cables are priced at $35 CAD and $49 CAD for 1 metre and 2 metre lengths respectively. 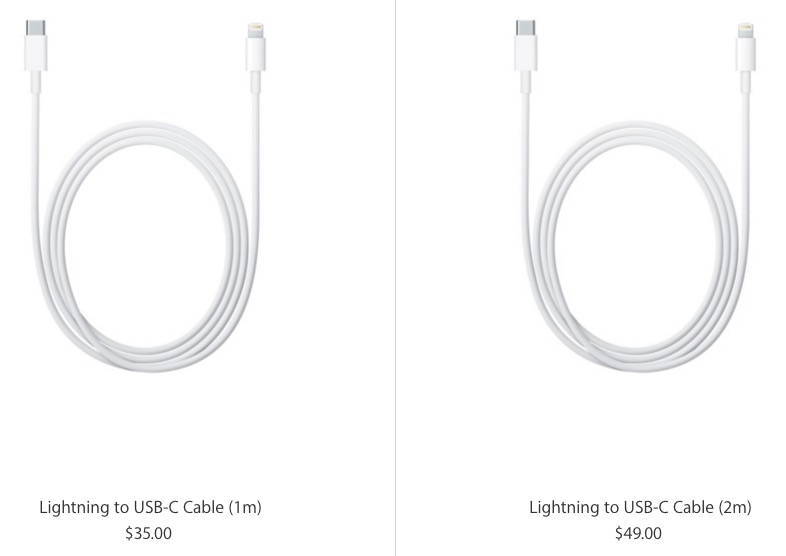 Let us know if you’re going to pick one of these up!