In October last year, the U.S.-based e-scooters rental service Lime entered the Canadian market by rolling out its service in Waterloo, Ontario and now, the company has confirmed to CTV News that it is currently in talks with Victoria city staff and the B.C. government as it plans to expand its services into B.C. 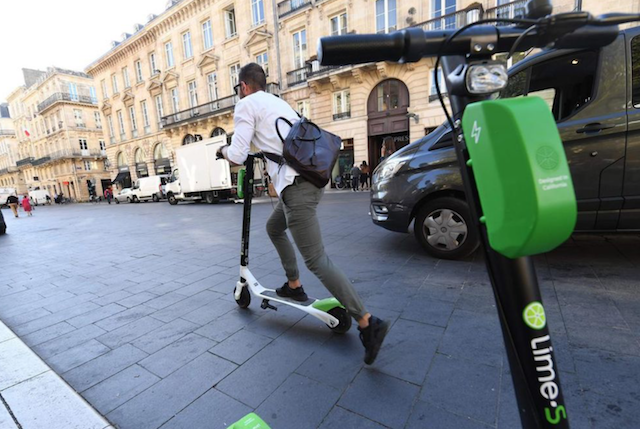 Lime’s e-scooters, available in markets across the U.S. and Europe, do not use any docking stations and instead allows consumers to pick up and leave them along the streets. Users can easily locate and unlock available e-scooters through the company’s app which charges $1 to unlock it and around 30 cents per minute to use.

The scooters can reach speeds of up to 24 kilometres an hour and the average fare in the U.S. costs about $2.25 per trip.

However, before the e-scooters can operate B.C., the province would need to make changes to the Motor Vehicle Act.

“Lime believes there is a market for e-scooters across Canada as cities like Victoria continue to build and expand infrastructure for active transportation, such as cycling and scootering,” says Chris Schafer, senior director of strategic development for Lime Canada.

Lime says regulatory changes are coming and believes e-scooters are illegal by default since governments “simply have not turned their attention to electric scooters.”

According to the Ministry of Transportation and Infrastructure, the province is evaluating legislation around e-scooters as part of an ongoing active transportation strategy.

Currently, it’s illegal for people to use e-scooters on public roads and sidewalks in B.C.