The Wall Street Journal reports the limited availability of Apple Watch at launch was a result of faulty taptic engines from an Apple supplier, notes unnamed sources:

A key component of the Apple Watch made by one of two suppliers was found to be defective, prompting Apple Inc. to limit the availability of the highly anticipated new product, according to people familiar with the matter.

The taptic engine is what alerts users of a ‘tap’ on the wrist when notifications comes through. Sources say AAC Technologies Holdings in Shenzhen, China, the initial supplier of the component, saw some of them break down over time, with Apple scrapping completed watches due to the faulty part.

A second taptic engine supplier, Japan’s Nidec Corp., did not experience this and has had Apple move nearly all of its production to the Japanese supplier, say sources.

Apple also told some suppliers to slow down production until June, say sources. These supply chain companies were reportedly surprised since inventory was adequate. 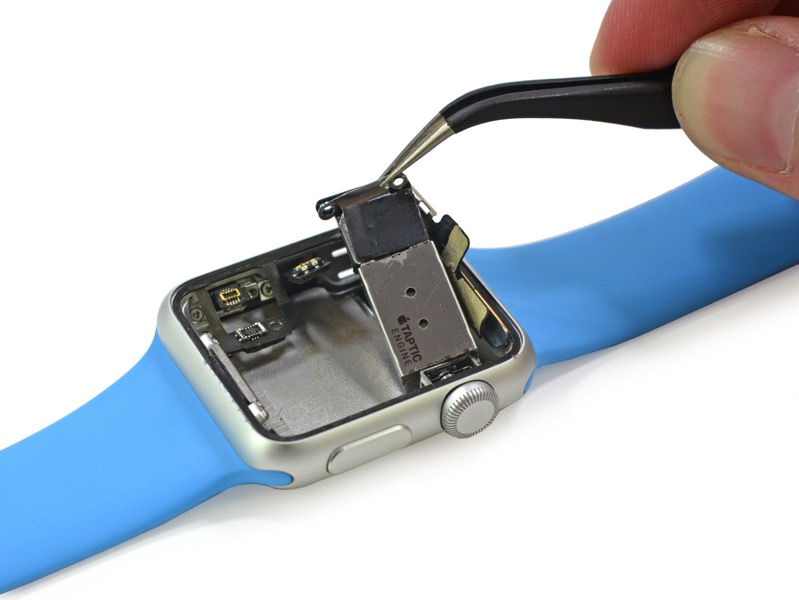 If this report is indeed true, it may explain why initial prelaunch supplies were constrained and many saw later delivery dates well into May and June. Clearly Apple saw the problem with these faulty taptic engines and ended up writing off the failed batches, to prevent them from reaching customers.

Apple last week confirmed Apple Watch preorders will “arrive sooner than expected”, which has been the case for many customers, especially those who ordered the popular 42mm Sport model in Space Grey.