Twitter this morning launched its first preview of what live sports could look like on the social network, offering a feed from Day 9 at Wimbledon, the most prestigious tennis tournament of the year. 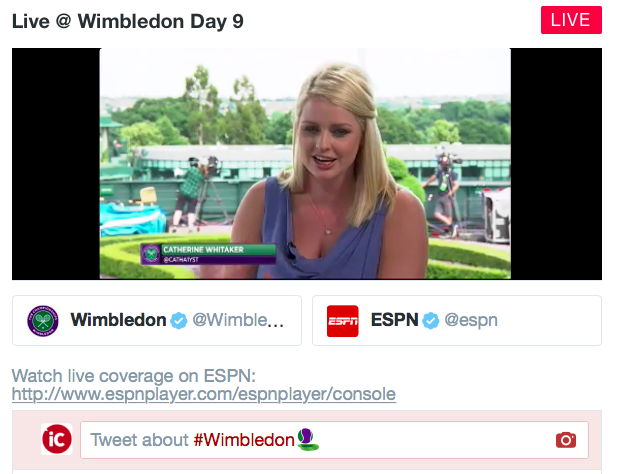 The live stream video player pins to the top of the page, while below are a continuous stream of real-time tweets related to what’s showing. You can click here to check out the Twitter Live stream.

Back in April, Twitter bested Amazon and Verizon, winning rights to stream Thursday night NFL games worldwide. The rationale means another platform to showcase to advertisers and partners, as the pairing of the social network and live video feed can eliminate the need for a ‘second screen’ for Twitter junkies.